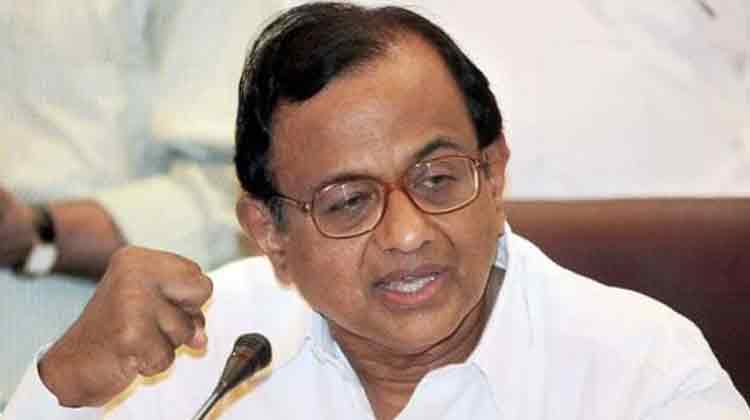 New Delhi: The issue of India not joining the RCEP has heated up with former Finance Minister P. Chidambaram attacking Foreign Minister S. Jaishankar and suggesting that Parliament should discuss the issue.

Chidambaram expressed his dismay over the speech by Foreign Minister Jaishankar on Monday, where he railed against the trade agreements and praised the virtues of protectionism. "Mr Jaishankar is speaking in the language and in the words that I heard in the 1970s and 1980s," Chidambaram said.

"There are pros and cons to India joining the RCEP. But the debate has never taken place in Parliament or among the people or involving the opposition parties. It is another bad example of a centralised decision-making unacceptable in a democracy," he said.

RCEP - Regional Comprehensive Economic Partnership - is the world's largest trading body of 15 nations in the region. India is not among them and includes China.

"I would reserve a final view until the Congress party has taken a considered position on the issue," Chidambaram added.

The pact aims to reduce cost and time for traders of all the member states by lowering tariffs and waiving off requirements to export their products in a hassle-free manner anywhere within the bloc. RCEP's members account for around 30 per cent of the global GDP. The agreement is likely to come into effect next year.

India was to be a member too but it withdrew in November last year after the RCEP did not satisfactorily address its outstanding issues.

Soon after the formation of the pact, Chidamabaram on Monday had tweeted, " RCEP born, it is the world's largest trading body. 15 nations in our region are members of RCEP, India is not among them."