Congress: All countries must respect UN Charter in Ukraine conflict 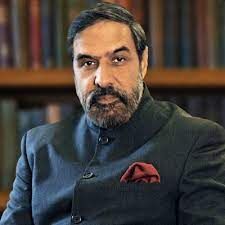 In response to the ongoing conflict between Russia and Ukraine, the US Congress expressed grave concern, saying that all countries must uphold the UN charter.

Russia and Ukraine are embroiled in hostilities, which is causing grave concern globally.

Despite its distress, the Indian National Congress is of the opinion that the international community must work together to end armed conflict and restore peace as soon as possible to save human lives . Anand Sharma, Chairman of the Congress Foreign Cell, issued a statement.

He said the Minsk Pact and Russia-NATO agreements should be respected in all diplomatic negotiations between Russia and Ukraine.

As reported by RT, Russia said on Sunday that after some back and forth, Ukraine would send a delegation to Belarus to discuss ending the Russian military campaign.

Kiev "confirmed" the planned talks in Gomel Region, which is close to the borders of both Russia and Ukraine, Russian chief negotiator Vladimir Medinsky told reporters.