Nithin Lukose's directorial debut 'Paka' to have its world premiere... 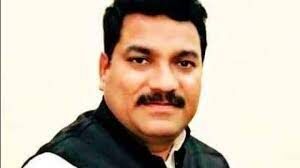 Congress MLA Ved Prakash Solanki on Saturday alleged that some state legislators are in fear of their phones being tapped. Though he claimed that other legislators shared the suspicion with him, he refused to name them.

The Congress MLAs allegedly used an app to clarify their suspicions and informed their concerns to the Chief Minister, but the matter was laughed off.

However, this is not the first time phone tapping accusations have surfaced in the Ashok Gehlot cabinet in Rajasthan. In July 2020, Sachin Pilot and 18 Congress MLAs allied against CM Ashok Gehlot with several accusations, including illegal phone-tapping. Solanki is a vocal supporter of Sachin Pilot. However, he did not specify if the MLAs who raised suspicion belong to the Sachin Pilot camp.

Congress chief whip Mahesh Joshi called the charges baseless and said that a responsible person like an MLA should not be making public statements without verifying facts and collecting proof.

Furthermore, Solanki noted that some legislators are under the impression that the police and intelligence personnel are watching them. "Some government officials had warned them against the traps set by the anti-corruption bureau," Solanki said.

The MLA from Jaipur district's Chaksu seat added that he had no idea who was tapping the fellow legislators' phones or on whose orders or even if his phone was being tapped or not. "I am also not aware whether the state government is involved in phone tapping or not," said Solanki.