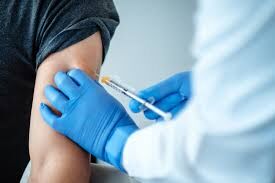 New Delhi: Prime Minister Narendra Modi has launched the pan-India roll out of the Covid 19 vaccination drive via video conferencing.

In the first phase of the largest vaccination drive of the world, 3006 session sites across all States/UTs, will see inoculation of 100 beneficiaries at each of the session sites.

While inaugurating the drive, the Prime Minister cautioned the nation on rumours against the vaccine and congratulated the scientists who developed it.

Modi said that avoid "rumours" as the Drug Controller General of India has approved the vaccines for emergency use.

Lauding the efforts of scientists who are involved in vaccine research, Modi said they deserve special praise for making these vaccines and that "the vaccines will provide us a decisive victory against the deadly pandemic".

The Prime Minister further reminded people to get two doses of the vaccine, explaining that "there should be a gap of almost one month between the first and second dose".

"Only two weeks after the second dose, your body will develop the necessary strength against coronavirus," the Prime Minister said.

Noting that this kind of vaccination campaign on such a large scale has never been done in history, Modi said: "India is vaccinating three crore people in its first phase of vaccination starting today and the government will bear the cost of the vaccination to be administered to healthcare workers".

In the second phase, the Prime Minister said, "We have to take it to 30 crore".

A dedicated 24x7 call centre -1075- has been facilitated for hearing the queries related to the pandemic, vaccination drive and the CoWin software, the online digital facility to be used to drive the inoculation programme, according to the Prime Minister's Office.

The software will track real time information of vaccine stocks, storage temperature and individualized monitoring of beneficiaries for the vaccine.

Healthcare workers, both in the government and private sectors including Integrated Child Development Services (ICDS) workers, will receive the vaccine during the first phase.

Sufficient doses of the two vaccines – Covishield and Covaxin, have already been delivered to all States/UTs of the country, Union Health Minister Harsh Vardhan said on Friday.