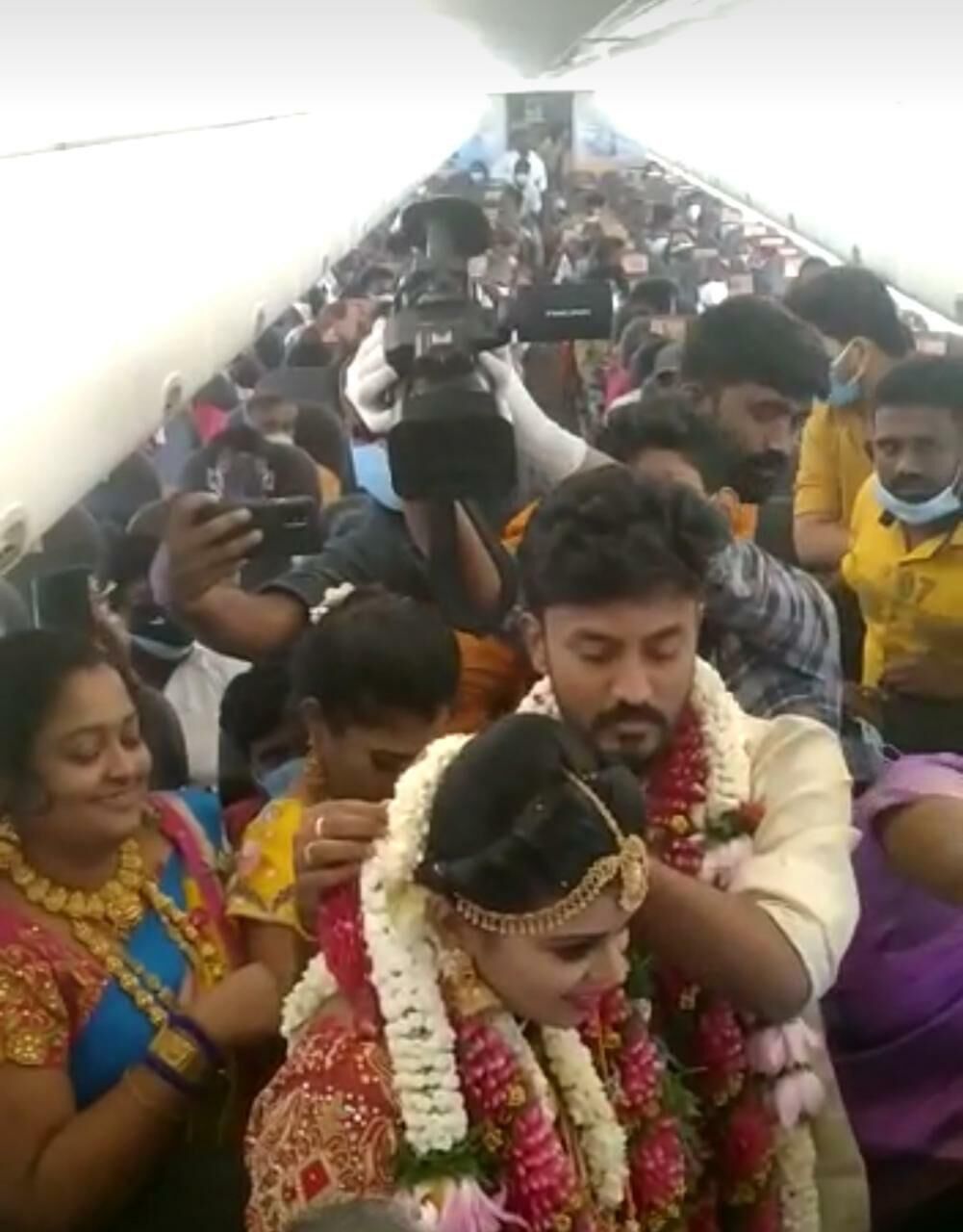 Their families, relatives and guests were all aboard the Boeing 737 plane, and most of them were without face masks in the photographs. There is also no social distancing in the seemingly packed flight.

A couple tied the knot on-board a chartered flight from Madurai, Tamil Nadu. Their relatives & guests were on the same flight.

The bride, groom and their families might face action as SpiceJet says they did not follow the rules despite requests. As per ANI, the regulator DGCA or Directorate General of Civil Aviation has launched an inquiry into the ceremony, demanded a report from the airline, and the flight crew has been taken off duty for inquiry. The airline has also been instructed to lodge complaints against those not in compliance with the protocol.

SpiceJet said that the flight was chartered by a travel agent on May 23 and was claimed to be a post-wedding joyride. "The client was clearly briefed on Covid guidelines to be followed and denied permission for any activity to be performed on board. The agent and the guest passengers were briefed in detail, both in writing as well as verbally, on social distancing and safety norms to be followed as per Covid guidelines both at the airport and onboard the aircraft throughout the journey," it said.

"Despite repeated requests and reminders, the passengers did not follow Covid guidelines, and the airline is taking appropriate action as per rules," said a SpiceJet spokesperson.