Deficient rains in monsoon, heavy showers after affect UP farmlands 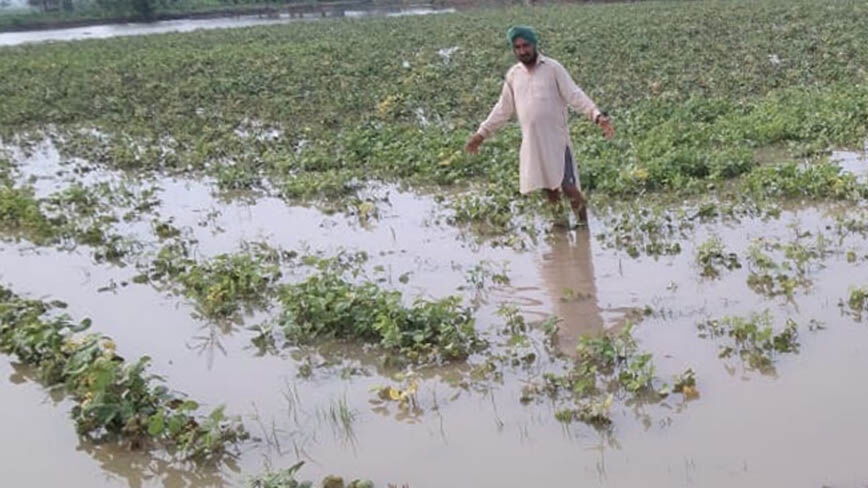 New Delhi: In Uttar Pradesh, erratic rain patterns caused a deficiency in showers in the monsoon, and then heavy rainfall followed, damaging crops in many areas.

According to the India Meteorological Department (IMD), 67 out of 75 districts recorded excess rainfall in the past week. The said excess rainfall caused flooding in many areas. But, the most hit by the rains were the farmers, as rainwater entered fields and harmed their crops and vegetables.

A farmer named Ramcharan told NDTV that they run their farms by taking loans from banks. But dozens of villages lost their crops to heavy rains. The rains caused waterlogging in fields and destroyed standing paddy, maize, potato crops, millets like bajra, and pulses like urad, etc.

A potato farmer from Etawah said that they sow potato varieties by the end of September. However, this year about seven hectares of potato farmlands were affected by the rains. Fields were inundated and sown potato tubers rot.

Anyway, UP chief minister Yogi Adityanath has instructed authorities to assist farmers who were affected by the rains. Also, the state administration is conducting damage assessment surveys.

IMD states that UP received 30 per cent less rainfall this monsoon, causing rain deficiency in 53 districts and affecting Kharif crops.

A farmer from Shahjahanpur said that the year was very miserable for him, worse than the coronavirus. He was only able to raise half of the paddy he did in previous years due to scarce rains. Now, the recent heavy showers threaten that too, he said.