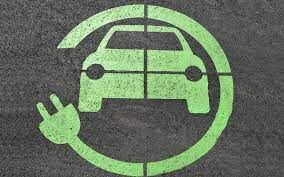 An upcoming draft note from Delhi's transport department recommends mandating that a quarter of new cab registrations be electric.

Apps that provide transportation or delivery services will have to register with the Delhi government once the new law takes effect, including cab services like Ola and Uber and food delivery apps like Swiggy and Zomato.

New Delhi is the most polluted city in the world, and the transport sector is the biggest polluter, followed by industries and utilities, according to a report by the federal government of India's Earth sciences ministry.

Approximately 145,000 km (90,000 miles) are travelled by every ridesharing cab operated by Ola and Uber each year on average, according to the report.

Environmental experts say that if the draft is approved, it could save the public health system in Delhi millions of dollars in healthcare costs.

Among the biggest consumers of gasoline, natural gas and diesel in and around the region, this move could also reduce demand for fossil fuels.

Companies that fail to meet the targets for transitioning to electric vehicles could be penalized.