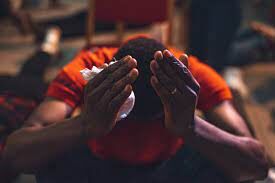 A Corona Mata temple which came up in Juhi Shukulpur village in Pratapgarh district, UP, three days ago, was demolished today by the district administration to prevent people from getting trapped in superstitious activities. A probe has also been ordered into its construction following a complaint by Nagesh Kumar Srivastava, who submitted an application to Sangipur police station alleging that his brother Lokesh Kumar who stays at Ghaziabad set up the temple without consultation and then returned to Ghaziabad after construction. Hundreds have been offering prayers since.

However, the temple was built by a group of villagers through donations. Prayers offered include that the "shadow of Covid-19 should never fall on Shuklapur and adjoining villages".

"After witnessing the Coronavirus pandemic and its deadly impact which snatched lives of thousands of people, we decided to set up Corona Mata mandir under a 'neem' tree with full belief that praying to the deity would definitely offer respite to people from the deadly disease," said the villagers.

In addition to prayers, the temple also stresses the importance of COVID-appropriate behaviour, including wearing masks and social distancing while praying. The little white stone idol placed on the wall too sports a mask.

"We have earlier heard the name of 'Chechak Mata' (smallpox mother) who cured the disease. Similarly, we had set up Corona Mata mandir with the belief that Mata would solve all the difficulties. We collected funds from the villagers," said temple priest Radhe Shyam.

"When plague and other deadly diseases like smallpox spread across villages and towns and killed many people years back, people also worshipped in a similar manner," he added.