text_fields
bookmark_border
"How do the government know that the parade will be violent?" 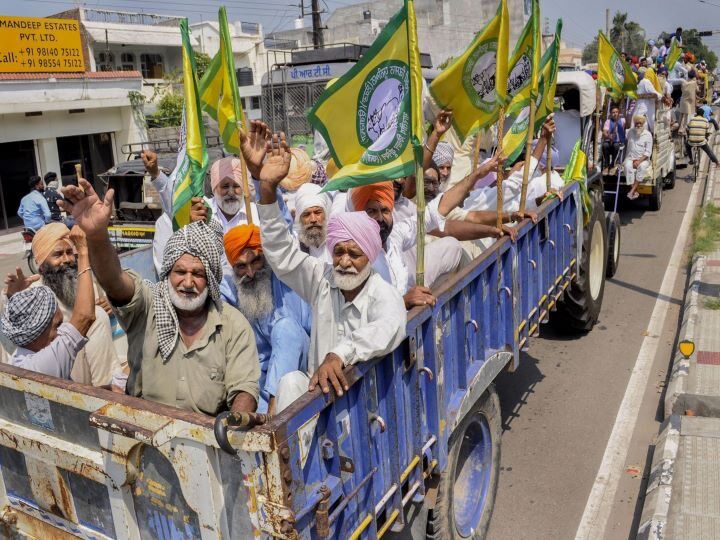 Ghazipur: The protesting farmers have accused the Central government of malign act to disturb tractor parade scheduled to be conducted on the Republic Day.

The allegation is raised after the farmers camping at Delhi's Singhu border apprehended a person who admitted to hatching a conspiracy to create chaos during the proposed rally.

Bharatiya Kisan Union (BKU) spokesperson Rakesh Tikait on Saturday alleged that the Centre and the administration are the ones behind such a "conspiracy".

The farmer leader alleged that a conspiracy has been hatched to kill four of them and create disturbances during their tractor rally. The person was later handed over to the Haryana Police.

Tikait told IANS: "The man caught from the Singhu border's protest site was a member of the gang. Only the central government and the administration can carry out such acts."

"Our movement has been quite peaceful for the last two months," the BKU leader added.

"The apprehended man was associated with a 10-member gang. We have handed him over to the police. Which agency will interrogate him is a matter to be seen," he said.

Tikait said, "The same people were also part of Haryana Chief Minister Manohar Lal Khattar's programme. It has now been revealed that the government is behind all such acts."

"Where there is a mob, violence has to be forcefully created and such an action is resorted to by the administration. These gangs have been imparted training, the same people are part of the mob and commit violence. "

"We have nearly 200 volunteers deployed at various borders of Delhi who are monitoring such suspicious people. We want a peaceful protest," the BKU leader added.

Tens of thousands of farmers, mostly from Punjab, Haryana, Chandigarh, Rajasthan and Uttar Pradesh have been camping at Delhi's borders for nearly two months braving the biting cold.

The protestors cite to the provisions of the laws that will make them eventually vulnerable to big corporations.