'Forced' religious conversion to be illegal in Gujarat from June 15 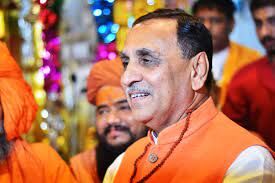 The Gujarat Legislative Assembly passed the stringent legislation that prohibits 'forcible' religious conversions by marriage on April 1 amidst opposition by Congress, who alleged that the bill could make political capital and create a religious divide. Forced marriages for religious conversion include those by "allurement, force or by misrepresentation or by any other fraudulent means".

The recent Act amends the Gujarat Freedom of Religion Act 2003, and anyone found carrying out religious conversion by marriage or getting a person married or by aiding a person to get married shall be punished with imprisonment of not less than three years and up to five years and will also be liable to pay a fine of Rs 2 lakh. Any marriage done thus would be declared null by the family court or any similar court.

The offence of such religious conversion through marriage shall be considered cognizable and non-bailable and investigated by an official over the rank of a Deputy Superintendent of Police (DSP). The burden of proof shall rest upon the accused.

The opposition slammed the bill as proof that the 2003 bill itself was meaningless and that sections 406, 417, and 419 also address the issue intended to be covered by the bill. They further noted that despite claiming the bill to be against 'love jihad', the bill nowhere mentions it.