Mob beats up man for kissing his wife in Ayodhya ghat 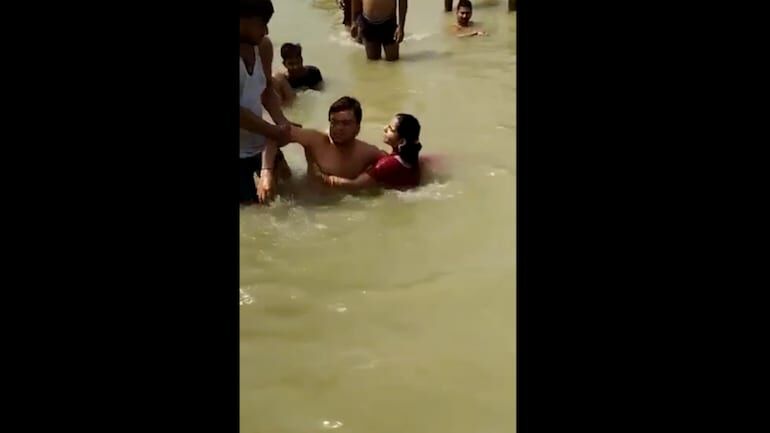 Ayodhya: In India taking a leak on the roadside or defecating in the open does not raise any public alarm, critics often say.

But couple holding hands in the open does, and kissing on a beach or park is certain to incite crowds.

A video emerged on Thursday shows the harrowing images of a couple being attacked by angry crowds.

They were punished after husband kissed his wife in Ayodhya's Ram ki Paidi.

Ram ki Paidi is a series of ghats on the bank of the river Saryu, according to India Today.

The couple was seen having a dip in the waters when a crowd began milling about them.

Seconds later the husband was dragged away before being beaten.

The wife tried to stop the crowd but she couldn't do just anything about it.

Police said the video was a week old and they didn't receive any complaint.

Police would take action against the offenders if the couple was willing to register a complaint, police said.