text_fields
bookmark_border
It is for the first time, according to Shay Fleishon, the second generation variants spread to countries outside they were detected 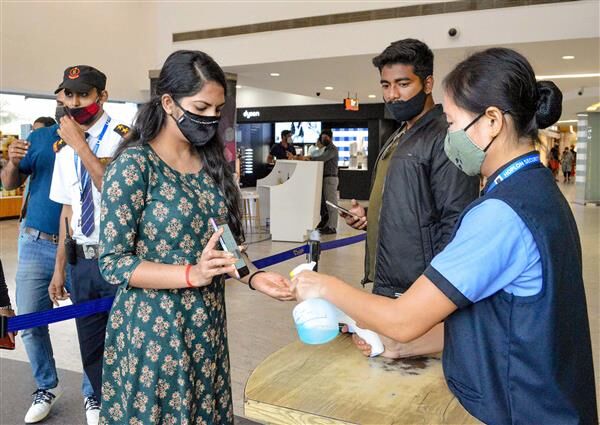 New Delhi: It is too soon to say whether another wave of covid is happening in India.

But an alarming expose by an Israeli scientist suggests new sub-variant of coronavirus BA.2.75 is detected in ten states of India.

Dr Shay Fleishon, working with the Central Virology Laboratory at Sheba Medical Center in Tel Hashomer, said no transmission was tracked based on sequences outside India yet.

In a series of tweets Dr Shay Fleishon said 85 sequences being uploaded so far on an open source platform for genomic data, mainly from India and seven other countries.

A total 69 cases of new variant was reported as of July 2, 2022, which he broke up state-wise: Maharashtra reported 27, West Bengal 13, one each in Delhi, Jammu and Uttar Pradesh, 6 in Haryana, 3 in Himachal Pradesh, 10 in Karnataka, 5 in Madhya Pradesh and 2 in Telangana.

The Nextstrain, the platform for genomic data, seven other countries also reported the new variant.

It is for the first time, according to Shay Fleishon, the second generation variants spread to countries outside they were detected.

Alongside, Dr Tom Peacock, a virologist at the Imperial Department of Infectious Diseases, asked people to keep a close eyes on the new variant.

It is second generation subtype of Omicron the fifth variant of concern as designated by the World Health Organisation (WHO), India Today reported.

Dr Samiran Panda of the Indian Council of Medical Research (ICMR) told India Today that variants would happens as the virus is lingering, adding that the changed forms are expected.

Allaying fears he said the variant is not causing more hospitalization or severe infections.

According to Dr Ishwar Gilada, Infectious Disease specialist among the sub-variants of Omicron-- BA.2.74, BA.2.75 and BA.2.76—BA.2.76 cause almost 80 percent of infections.

Dr Ishwar Gilada said these are new mutations and therefore has immune escape both to the natural infection as well as. Hence, it becomes a point of concern.

The specialists also said as long as the new variant is not creating oxygen and bed demand or more deaths, there is nothing much to worry about.