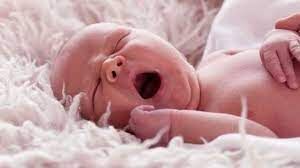 Jammu: This often happens sending shivers down our spines.

Just seconds before burial somebody discovers a limb of the dead moving and then the lucky one returns to life.

What if nobody notices? Let's stop it there. In Jammu and Kashmir's Ramban district a newborn baby returned to life after taking it to the burial on Monday, according to India Today.

The hospital staff informed the family that the baby was stillborn.

The bereaved family took the baby for burial when it was discovered that the infant was moving.

Immediately, the baby was rushed to the hospital again, before being referred for specialized treatment in Srinagar.

As the baby's family members were protesting outside the hospital, the police reached at the scene.

Police assured the family those culpable of the negligence would face action.

Taking note of the incident, authorities suspended two hospital employees, according to the report.