On the occasion of the death anniversary of Deendayal Upadhyay, an international monuments and heritage webinar will be organized 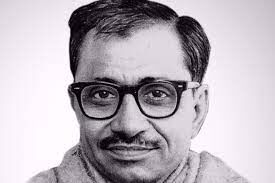 A webinar on preserving monuments and cultural heritage will be held by the National Monuments Authority on Friday to commemorate BJP ideologue Deendayal Upadhyay's death anniversary.

Taking place in collaboration with the Indian Council for Cultural Relations (ICCR), the event will include 20 countries, including Bangladesh, Bhutan, Japan, Iran, South Africa, Venezuela, Israel, and the US. The importance of carrying forward the memorials and stories of those who have passed will be discussed by many scholars and diplomats.

On the Memorial Day of Pt. Deendayal Upadhyaya, @NMANEWDELHI is organizing an International Webinar to share ideas of eminent persons from more than 20 Countries on 'Protection of Monuments & their Significance for the preservation of National Heritage' on 11th Feb 2022 at 5.30PM pic.twitter.com/bM5H6i5pHI

In addition to Minister Kishan Reddy, junior ministers Meenakshi Lekhi and Arjun Ram Meghwal, and ICCR chairman Vinay Sahasrabuddhe will be present at the inaugural session.

The webinar will run from 5.30pm to 7pm while it is open for participation on Facebook, Twitter, and YouTube. Chairman of the authority Tarun Vijay stated, "The response to the event indicates that culture is the most powerful force on earth".