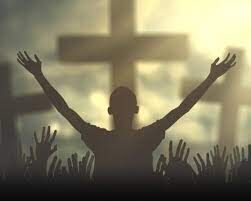 Panaji: Responding to two separate complaints, police arrested a pastor and his wife here for allegedly offering money or cure for ailment to convert people to Christianity.

A senior official said on Friday that Pastor Pastor Domnic D'Souza and his wife Joan were arrested on Thursday.

Two persons lodged complaint against them accusing them of indulging in religious conversions.

The couple used to operate from Saligao village in North Goa, around 20 kms away from the state capital, the official said.

"They were booked for promoting enmity between different groups on ground of religion and for indulging in deliberate and malicious acts intended to outrage religious feelings, and also under relevant sections of the Drugs and Magic Remedies (Objectionable Advertisement) Act," he said.

Police had received complaints that the couple was asking people to convert to Christianity by luring them with cash or other promises, including curing them of their long-term illnesses, he said.

The accused couple would be presented before a local court on Friday, where police would seek their custody for further investigation, the official added.