Photo of Muslim family shared in support of population bill from Bangladesh: AltNews 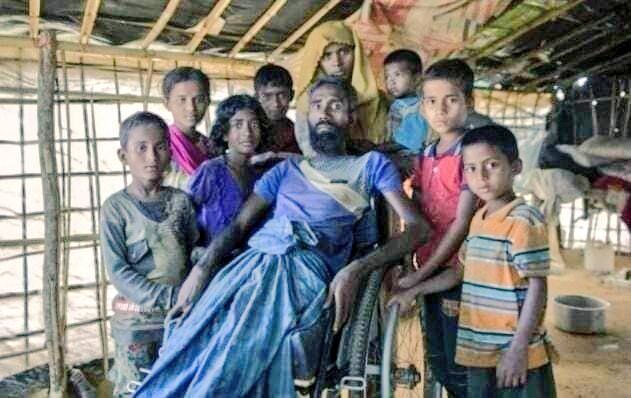 The viral photograph of a man in a wheelchair surrounded by his wife and children shared by pro-rightwing social media users to target the Muslim community and garner support for the population bill passed by the states of Uttar Pradesh and Assam is from Bangladesh, fact-checking website AltNews reports.

The photograph, first shared by BJP supporter Prashant Patel Umrao, was then shared by others with the hashtag #Population_Control _law.

AltNews has identified the image as captured in March 2017 in Cox's Bazar, Bangladesh. The man in the photo has been identified as Mohammad Alamgir, a polio patient. He and his family fled Myanmar due to the violence against Muslims in the country and took refuge in the Kutupalong refugee camp in Cox's Bazar. The photo was captured by International Photography Grant nominee documentary photographer and photojournalist Probal Rashid.

The photograph was wrongfully circulated to garner support for the population bill and slam the Indian Muslim community, the report concluded.