text_fields
bookmark_border
The metal sculpture sitting atop the new parliament building was built in Aurangabad, Jaipur and Delhi by artists Sunil Deore and Lakshman Vyas 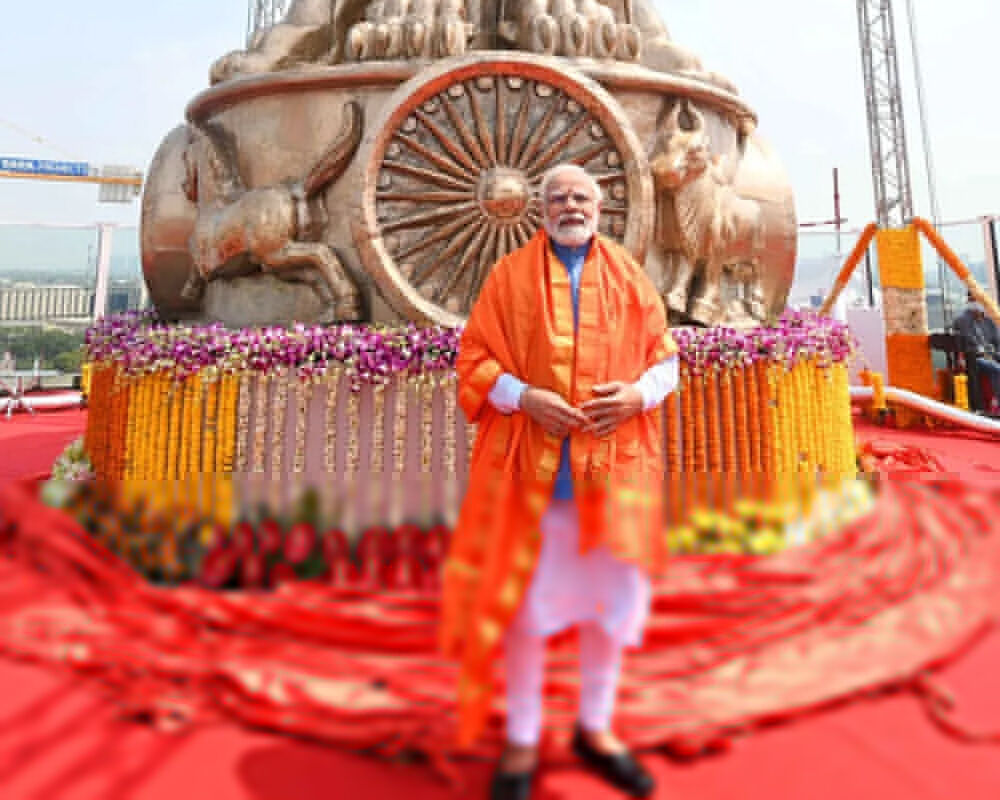 New Delhi: Prime Minister Modi's unveiling of the national emblem, placed atop the new parliament building, on Monday invited criticism from the Opposition.

The metal sculpture sitting atop the new parliament building was built in Aurangabad, Jaipur and Delhi by artists Sunil Deore and Lakshman Vyas, according to the Indian Express.

Congress deputy leader in Lok Sabha Gaurav Gogoi tweeted that parliament and the national emblem belong to the people of India and not to one man.

Gogoi wished the leaders of all major parties were present at the inauguration, to uphold the Constitution.

The CPM stated that the Constitution unambiguously separates the three wings of our democracy — the Executive (government), the Legislature (Parliament and state assemblies) and the Judiciary.

AIMIM chief Asaduddin Owaisi said the Prime Minister being the head of the government should not have unveiled the national emblem and added that PM Modi violated all constitutional norms.