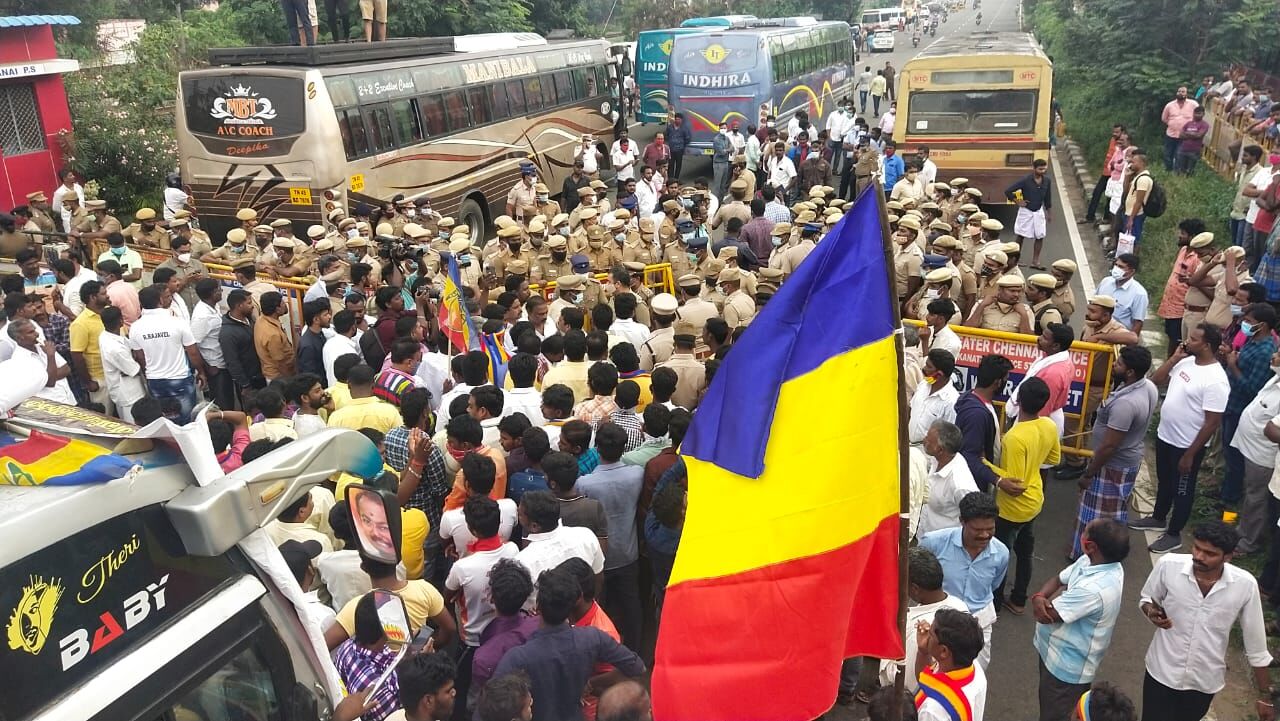 Chennai: Days after staging a violent agitation demanding reservation for Vanniars, PMK founder S Ramadoss said on Friday that his party's next phase of the protest that will begin on December 14.

In a tweet, Ramadoss said that the first phase of their protest concluded on Friday.

He said in the second phase, of PMK will hold protests at Village Administrative Offices.

On December 1, the cadres of PMK, an ally of Tamil Nadu's ruling AIADMK, stoned trains and blocked roads in Chennai's suburbs after police blocked their entry into the city.

Party cadres from different parts of the state tried to enter the city but were stopped by the police near Perungalathur near here.

The PMK members then parked their vehicles on the highway in a haphazard manner, resulting in long traffic jam.

Some went to the nearby railway station and protested on the tracks and also stoned a passenger train.

Tamil Nadu Chief Minister K Palaniswami on Tuesday said that his government will set up a commission to report on the caste census in Tamil Nadu.

Palaniswami said that several political and caste outfits have been demanding a caste census in the southern state. He said such data is needed for the state as there a case is pending in the Supreme Court in connection with 69 per cent reservation.

Palaniswami said a commission will be set up to go into the modalities of conducting the census, collect data, and submit a report.