text_fields
bookmark_border
Elected members of both the houses of parliament and legislative assemblies of all states, including the National Capital Territory of Delhi and the UT of Puducherry, will be voting for the Presidential election 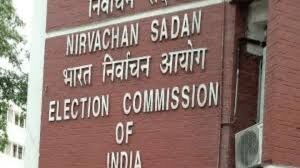 New Delhi: The Election Commission on Wednesday opened slots for electors to file nominations for the Presidential elections scheduled on June 18.

Electors can fill in the nomination vacancies till June 29 and the papers will be scrutinised on July 2. At the same time, opposition party members are holding parleys in Delhi to decide candidates.

West Bengal Chief Minister Mamata Banerjee held talks with leaders of major political parties on Wednesday to build a collaborative opposition against NDA, by fielding a joint candidate. However, the Telangana Rashtra Samithi (TRS) and the Aam Aadmi Party (AAP) have announced they will skip the meeting held by the Trinamool Congress (TMC).

Elected members of both the houses of parliament and legislative assemblies of all states, including the National Capital Territory of Delhi and the Union Territory of Puducherry, will be voting for the Presidential election.

However, no nominated members of the Rajya Sabha, Lok Sabha, and legislative assemblies of the states are eligible to vote for the election.

The voting process will take place in Parliament houses and state legislative assemblies. Counting of the votes will be held on July 21 at the national capital.