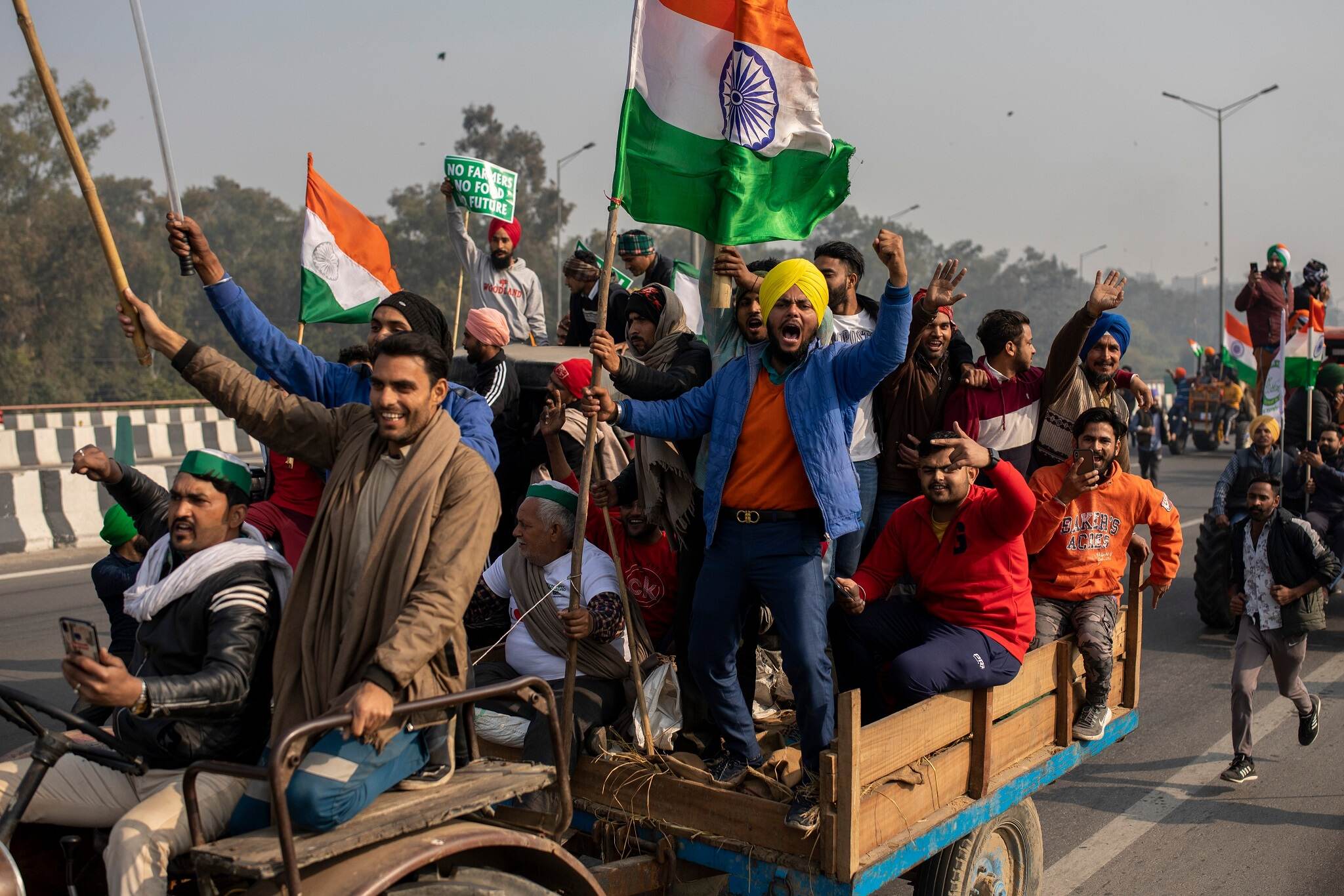 New Delhi: The protesting farmers have announced that there can be no formal talks with government until police and administration stops harassment and detained farmers are released.

Samyukt Kisan Morcha affirmed its position hours after the Union Agriculture Minister Narendra Singh Tomar said in Lok Sabha that the government was ready to discuss issues related to farmers inside and outside parliament.

In a statement, it alleged that increased barricading, including digging trenches, fixing nails on roads, setting up barbed-wire fences, closing internal roads, stopping Internet services and "orchestrating protests through BJP-RSS workers" are part of "attacks" being organised by the government, its police and administration against the farmers.

The umbrella body of farmers' unions protesting the Central farm laws termed the "frequent Internet shutdown" at protest sites and blocking of many Twitter accounts related to the farmers movement "direct attack on democracy".

Earlier the body of over forty farmers unions had announced three-hour Chakka Jam on February 6.

Meanwhile, the Delhi Police has stepped up blockades on the Delhi borders to prevent the protesters entering the national capital.

Haryana government has extended the suspension of mobile internet services on mobile networks except the voice calls in seven districts adjacent to Delhi.

Farmers, mainly from Punjab, Haryana and Uttar Pradesh, are protesting the Centre's farm laws - the Farmers' Produce Trade and Commerce (Promotion and Facilitation) Bill, 2020; the Farmers (Empowerment and Protection) Agreement of Price Assurance and Farm Services Bill, 2020 and the Essential Commodities (Amendment) Bill, 2020, for more than two months at the borders of the national capital, choking highways to neighbouring states.

The SKM, in a statement, said the Delhi Police has released a list of 122 agitators who have been taken into custody.

It said, "The SKM strongly condemns the arrests and detention of many protestors in different police stations and the seizure of vehicles of farmers. Scores of people are reported to be missing and this is a matter of great concern to us."

"We demand their immediate release. We also condemn the attacks and arrests on journalists who are continuously covering the movement," it said.

A legal team has been set up by the SKM, with representatives of different organisations, which will systematically pursue the case of those missing, arrested and seized vehicles, the morcha said.