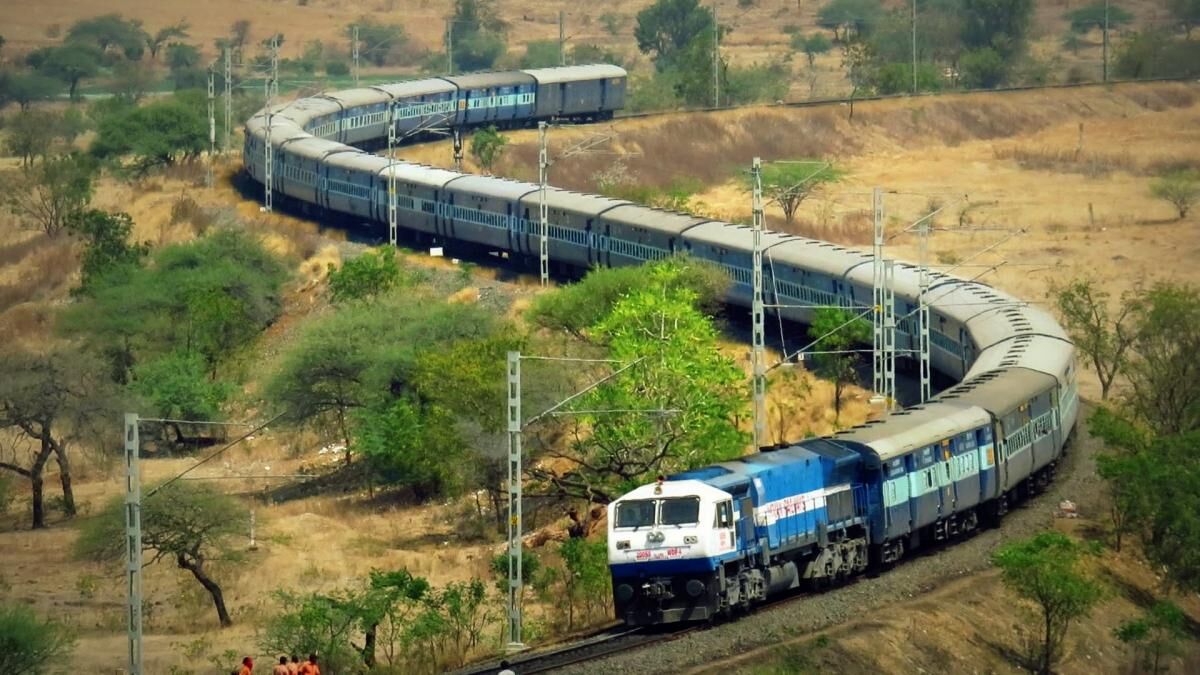 New Delhi: A day after NITI Aayog questioned the Railways zero fatality claims in the last financial year, the national transporter on Thursday responded that no deaths happened on its network due to accidents while some "unfortunate" casualties were recorded due to "trespassing" and untoward incidents like falling from trains.

Addressing a virtual press conference, Railway Board Chairman V.K. Yadav said, "Railways does keep a record of all the deaths that have occurred on its premises, but under three separate heads -- consequential accidents, trespassing and untoward incidents."

"It is true that consequential accidents were indeed zero in 2019-2020 and so far this year as well. We keep records of deaths due to trespassing like when people come on the tracks and are run over or people standing on the footboard of trains or hanging out of trains. In the last three years, around 29,000 to 30,000 people have lost their lives due to either trespassing or untoward incidents," he said.

"This data will be given to NITI Aayog," he added.

He said these are the incidents over which Railways have little or no control. "Efforts are on to sensitise the public on avoiding such situations," he said.

The Chairman's remarks came a day after NITI Aayog questioned the reliability of the data while pointing out the thousands of deaths in the Mumbai suburban section every year.

The NITI Aayog also questioned the significant expenditure incurred from the specially created fund to strengthen the safety mechanism and observed the absence of any advanced "technologies introduced by Indian Railways for the purposes of improving safety".

In the quarterly review meeting of the Rashtriya Rail Sanraksha Kosh (RRSK) in the last week of July, chaired by NITI Aayog CEO Amitabh Kant, a presentation was made which highlighted the safety work undertaken as well as its impact on railway safety.

"As per the data presented by the Indian Railways, there has been a noticeable improvement in railway safety," Kant said in a letter to Yadav after the meeting.

Kant in his letter also said that the presentation highlights a total of five deaths recorded in 2019-20 and zero deaths in the current fiscal year. "Is this a realistic record? In the Mumbai suburban network over 2,000 people lose their lives every year. It was informed that these deaths are caused on account of trespassing and therefore not counted," he said in his letter.

"I would like to draw your attention to the fact that many of these deaths are caused by people falling overboard or from the platform on to the tracks. Hence, this should not be excluded from the purview of RRSK. It should be ideally recorded officially," the CEO added.