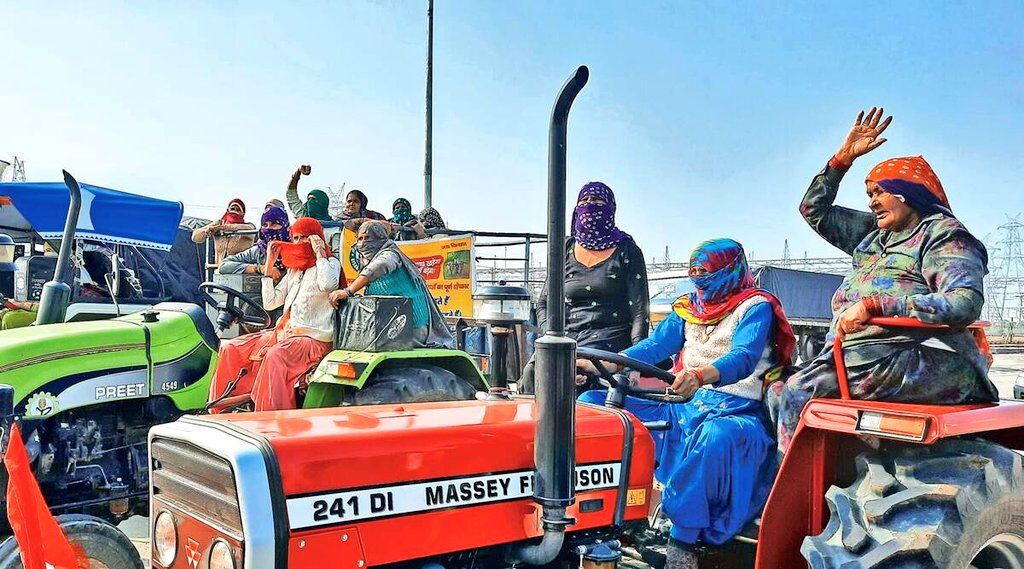 New Delhi: A day ahead of the next round of talks with the protesting farmers, the Union Government is learnt to have put forward a proposal, suggesting that the law may be amended so that states will have the discretion to opt out of implementing the laws.

The proposal is learnt to have passed through an interlocutor. The union leaders are yet to receive the proposal.

However, sources close to farmer unions have said that the proposals will be rejected as they are "aimed to divide the farmer unions and to project the problem as exclusive to Punjab."

Farmer Union leader Ruldu Singh reiterated that nothing less than the repeal of the laws will be accepted by the unions. He said that Centre wants to give states power to decide on state's subject is itself a mockery of constitutional framework.

Yogendra Yadav, one of the many farmers' leaders who are party to the anti-farm law protests at Delhi borders since November 26, said: "The Centre is trying to divert media attention from Tractor March by playing silly games. Our demands are repeal and we are against any efforts to divide states by projecting the problem as problem of one state."

The Centre's proposal comes on the 43rd day of the protest, when they took out a tractor march at the borders of Delhi on Thursday amid tight security, describing the event as a "rehearsal" for a similar roadshow proposed on January 26 to oppose the three new central farm laws.

The march comprising both men and women sitting on hundreds of tractors was flagged off from the Singhu and Tikri entry points on the Delhi-Haryana borders and Ghazipur on the Delhi-Uttar Pradesh border at 11 am.

Police was deployed on the Uttar Pradesh and Haryana borders with Delhi to accompany the farmers during the tractor march.

The sloganeering farmers drove their tractors towards Eastern and Western Peripheral Expressways while demanding a repeal of the three farm laws and warned to intensify their protest if the government did not agree to their remaining demands.

A few farmers even performed stunts and danced to songs played on the music systems installed on their tractors on the Eastern Peripheral Highway, where they sat to eat 'langar' in the afternoon.

The tractors in the convoy sported the tricolour and farmer union flags, apart from banners proclaiming their opposition to the farm laws even as policemen and bystanders looked on with curiosity.

After the meeting on the peripheral highway, the farmers returned to the protest spots on the Delhi borders, from where they had started in the morning.

Speaking to the media, Bharatiya Kisan Union (Ekta Ugrahan) chief Joginder Singh Ugrahan said that over 3,500 tractor-trolleys were driven during the march.

Later in the day, the farmers converged on the highway and discussed their future strategy.

"The government should listen to the farmers. We are just demanding the repeal of the contentious farm laws," Bharatiya Kisan Union spokesperson Rakesh Tikait told IANS.

The tractor march was organised by Sanyukt Kisan Morcha, an umbrella of 40 farmer unions, to demand the repeal of the three new farm laws and procurement of crops at Minimum Support Price.

The march was scheduled for Wednesday but was cancelled due to inclement weather.

In view of the tractor march, authorities had ordered the diversion of traffic at several points on the Eastern Peripheral Expressway.

The seventh round of talks between the Centre and farm leaders on their remaining demands ended in a stalemate on Monday. Both sides will now meet here again on January 8.

On Monday, the seventh round of talks between protesting unions and three central ministers also ended without any definite solution. At the talks the farm groups insisted on the repeal of the three laws, but the government was adamant on its stand that laws will not be repealed.

(Based on agency feeds)