text_fields
bookmark_border
Thackeray's support to Murmu could put the Opposition on a spot, further eroding their candidate Yashwant Sinha's vote base 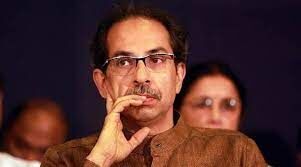 Mumbai: The BJP has robed the Opposition of its unity by choosing to field Droupadi Murmu for the President of India.

Shiv Sena is the latest of the Opposition camp to come under pressure to support Murmu.

Her tribal roots is something that the Opposition parties cannot choose to neglect, while opposing the BJP.

Left with no choice, Thackeray is more likely to accept his loyal MPs recommendation for the NDA candidate.

Thirteen of 18 lawmakers met Thackeray at his home 'Matoshree' on Monday asking him to decide in favour of Murmu.

Thackeray's support to Murmu could put the Opposition on a spot, further eroding their candidate Yashwant Sinha's vote base.

Except for a few including MP Sanjay Raut, majority of Sena MPs wanted Uddhav Thackeray to bolster up Murmu.

Some of the party MLAs and leaders from adivasi community already urged Shiv Sena leadership to back Murmu, thanks to her tribal roots.

Sources say that Thackeray did not take any decision at the meeting but would be deciding on the question of supporting Murmu in a day or two.

The Times of India quoted a Sena functionary as saying that a delegation of Sena MPs may meet Murmu ahead of her visit to Mumbai this week.

Subsequently Thackeray would declare the party's support to Murmu who could then call on Thackeray.

Election Commission is dispatching from Tuesday the ballot papers and special pens ahead of July 18 presidential election.