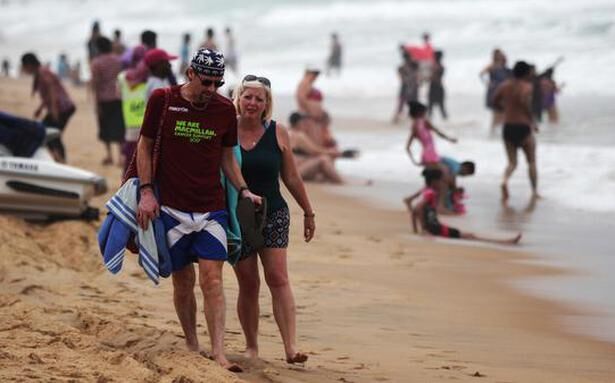 Panaji: The war in Eastern Europe has its waves looming over coastal Indian state Goa, reducing the tourist footfalls from Russia and Ukraine—another setback for the world's major tourist destination still recovering from covid situation.

It is overly out of character for Ukrainians to travel when Russians are ripping through their cities. However, since the war started, not a single Russian tourist has stepped into Shashank Servaia's retail alcohol store 'Liquor Universe' at the Calangute-Candolim coastal stretch, according to a report by IANS.

"Foreign tourists were around till a while back, but for the last 20 days, ever since the military escalation between Russia and Ukraine, there has not been a single Russian walk-in into the store," Servaia claims.

Most Russians and Ukrainians travel on a shoe-string budget and are not big spenders either. But Russians outnumbering other Europeans flock to Goa, enjoying the sun, wind, powdery sand as well as their favourite booze—Old Monk.

Goa is still weathering the impact of the covid situation, slowly picking up business, when the Ukrainian war has come closer to home for most industry handlers here.

Russians topped the number of foreign tourists visiting Goa every year, before the advent of the Covid pandemic. Nearly eight million tourists arrived in Goa ahead of the pandemic, out of which half a million were foreigners, the report said.

Industry handlers have to cash in on domestic tourists with the depleting Russian and Ukrainian presence on Goa's shores.

According to Gaurish Dhond from the All Goa Hotel and Restaurant Owners Association, 50 per cent of Goa's GDP comes from the tourism industry. Foreign tourists and charter flights contribute a very large amount towards the GDP.

"With this war between Russia and Ukraine, entire Europe is getting disturbed. Footfalls from the UK and other European countries to Goa is expected to drop by almost 50 per cent," Dhond added.