UP official suspended for keeping Bin Laden pic inside office 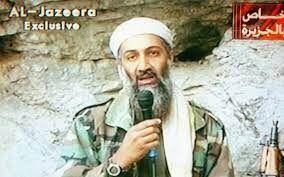 Farrukhabad: A government-run power-distribution company in Uttar Pradesh suspended an officer on Wednesday for keeping a picture of Osama bin Laden inside the office. The picture reportedly featured the Al-Qaeda terrorist as "world's best junior engineer", PTI reported.

According to sources, the sub-divisional officer (SDO) of the Dakshinanchal Vidyut Vitran Nigam Ltd (DVVNL), Ravindra Prakash Gautam, was the one who got suspended for keeping the terrorist's picture in his office with a note reading its foot, Respected Osama bin Laden, world's best junior engineer".

The picture, which carried the message, went viral on social media, leading senior district officials to take cognizance and ordered the SDO's suspension. Further, the Bin Laden picture was also removed from the office.

Meanwhile, the suspended officer defended himself, saying, "Anyone can be an idol. Osama was the best junior engineer in the world. The picture has been removed, but I have its several copies."