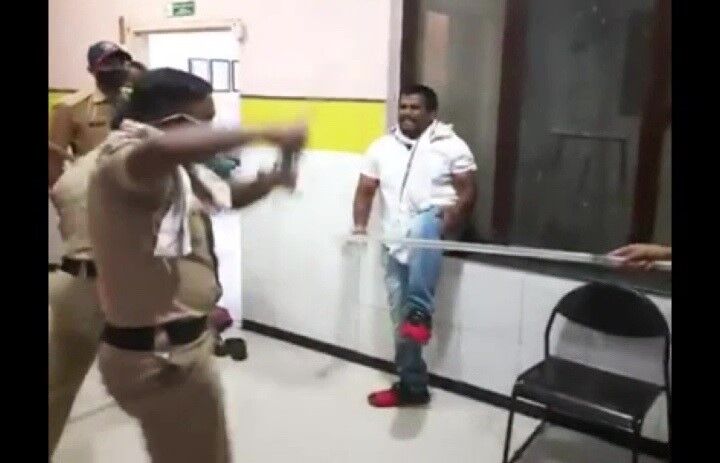 Hyderabad: A video circulating online where the policemen thrash an unarmed ambulance driver for allegedly killing COVID patients by cutting off the oxygen in Telangana turned out to be a fabricated one.

AltNews identified the video as tweeted by BJP National Secretary Sunil Deodhar. Deodhar had posted the video on May 27 claiming that Maharashtra police beat the BJP Maharashtra Yuva Morcha District General secretary Shivraj. Shivraj Nariyalwale was alleged by the police to have vandalized hospital premises following the death of a patient on April 10.

See how @BJP4Maharashtra's Yuva Morcha @BJYM4MH Dist Gen Sec Shivraj (Belongs to NT-B) was mercilessly beaten By police of @OfficeofUT @PawarSpeaks @RahulGandhi In Jalna.
Is this a crime to raise voice against injustice?
Where are the Human Rights activists now?@BJYM @India_NHRC pic.twitter.com/wYjaH9v3m4

Former Maharashtra CM Devendra Fadnavis had written a letter to CM Thackeray on the matter on May 28. A sub-inspector and four constables were suspended in Jalna after the video emerged. "The incident took place at Deepak Hospital here (Jalna) on April 9 when some people attacked doctors and went on a rampage in the ICU of the hospital after the death of a youth injured in a road accident," the Indian Express reported.

"A story was manufactured that a Muslim ambulance driver was found murdering patients in a Telangana hospital for cutting off their oxygen supply. The false claim added that he did so to make money by transporting dead bodies to crematoriums," AltNews wrote.