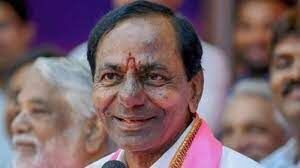 Hyderabad: As the world is celebrating women's day on Tuesday, women employees in Telangana has the icing on the cake enjoying the day with a special holiday.

A government order issued by Chief Secretary Somesh Kumar greeted women employees in the state with the special holiday.

Chief Minister K. Chandrasekhar Rao, greeting women on the occasion, has said the state government is respecting women. Women are playing an equal role with men in all the sectors, he said.

The chief minister mentioned the women's homemaker role in the development of family and has added that women are great and sacrificial in nature.

According to K. Chandrasekhar Rao, also known by his acronym KCR, women while setting her family in order work for the wellbeing of everybody.

The state government is known as pro-Mahila Bandhu and it gives an immense happiness to him, KCR said.

"Through the She Teams, protection is given to each and every woman in the state. The government also increased salaries for the Anganwadi teachers, Asha workers, and the state government," he added.

The government's women-oriented programmes yielded results in balancing the men-women ratio, while ensuring over 50 per cent reservation for women in the local bodies.

"It is the only state providing such a reservation in the country," he added.

The Chief Minister said that the aim of the state government is to empower women both politically and financially.