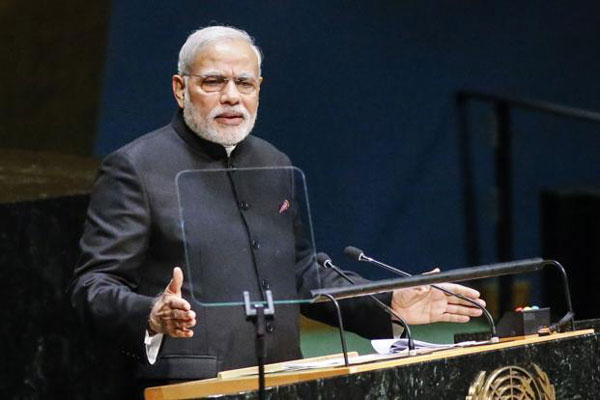 Brisbane: Indian Prime Minister Narendra Modi's yoga initiative got a big push with European Union president Herman Van Rompuy telling him that the 28-member EU supports his idea for a Yoga Day at the UN.

The support comes as about 130 countries have joined as co-sponsors to an India-led UN General Assembly resolution recognising yoga's benefits and to commemorate an International Day of Yoga, in response to Modi's call for holding such an event.

In his second engagement of the day after arriving in Brisbane, the prime minister met the EU delegation headed by Rompuy who conveyed that the bloc is keen to "re-engage" with India in all areas, especially trade.

Modi told him that the "EU should take advantage of the new economic environment in India".

The talks between the two sides comes as an India-EU Free Trade Agreement is yet to be concluded. Negotiations are still stuck on key points, including the EU's demand for significant duty cuts in automobiles, and tax cuts on wines and spirits and dairy products and also a demand for a strong intellectual property regime.