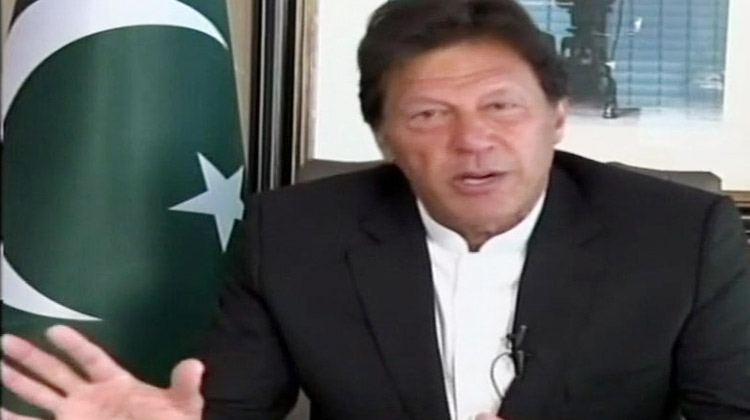 Islamabad: Pakistan Tehreek-i-Insaf (PTI) chief Imran Khan has said that he would follow the orders of the court and go to jail, a media report said Saturday.

“According to the decision of the anti-terrorism court (ATC), I am a dangerous man. It also declared me a proclaimed offender, which is why I should go to jail as per the decision of the court,” Khan said Friday while addressing participants at the sit-in at Islamabad's D-Chowk.

“Before leaving D-Chowk, I had announced that PTI workers would not damage public property at any cost and my speech is on record,” he said.

He said Adeel, a PTI supporter, was in Adiala Jail for the last 27 days allegedly for attacking the Pakistan Television (PTV) headquarters in Islamabad.

“Due to a weak judicial system, no one is ready to issue arrest warrant for the ‘corrupt’ rulers,” he added.