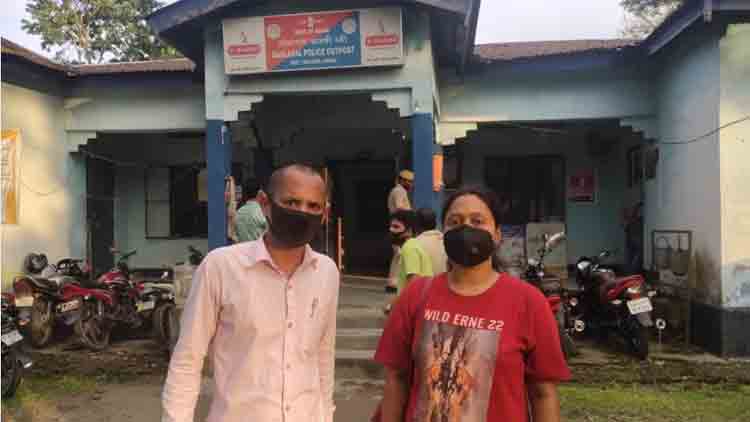 "The path you're (Khaleda) walking (on) will not usher in peace. You'll lose the people's support," Hasina said in her address, according to a bdnews24.com report.

Hasina said sitting out the polls was a "political mistake" of Khaleda. "Why should the people pay for it," she asked.

Hasina urged the BNP chief to refrain from "sabotage, violence and killing people".

"The people want security, peace and development," she reminded her rival.

Two activists of the Bangladesh Nationalist Party (BNP) were Monday killed in clashes with the supporters of the country's ruling Awami League in Bangladesh's Natore district.

The BNP-led opposition alliance in Bangladesh had boycotted the general election held Jan 5, last year and has been pressing for fresh elections under a non-party caretaker government.

The political standoff culminated in both the ruling and opposition parties calling rallies Jan 5 in Dhaka, on the first anniversary of the controversial general election.

Meanwhile, BNP and Jamaat-e-Islami activists clashed with the police in Dhaka, according to a bdnews24.com report Monday.

Twenty-five leaders and activists of BNP, Jamaat-e-Islami and Islami Chhatra Shibir were arrested in Jhenaidah to "avoid violence".

Police imposed an indefinite ban on meetings, processions and rallies in Dhaka since Sunday evening, a step the opposition described as an attempt to mute dissenting voices.

Communication through major road and waterways, connecting the capital, has also been suspended.

Paramilitary Border Guard Bangladesh (BGB) personnel were deployed in the capital and other parts of the country to thwart any untoward incident over the opposition's plans to hold rallies defying police bans.

Former Prime Minister Khaleda Zia, who remained cordoned inside her office in Dhaka since Saturday night, had asked the opposition leaders and activists to defy the police ban on political gatherings and to make their Jan 5 rally a success.

Khaleda's opposition alliance wanted to observe Jan 5 as a " Democracy Killing Day" and hold a grand rally in the capital, while Prime Minister Sheikh Hasina's ruling Awami League planned to celebrate it as a "Victory Day for Democracy".

Bdnews24.com also reported that suspected pro-government activists set fire to the BNP office at Bangshal area in Dhaka after miscreants exploded bombs in the area.

Miscreants also set fire to an Awami League office in the city of Rajshahi.

The BNP called for an indefinite blockade of roads, railways and waterways across Bangladesh until further notice.

"We wanted to hold a rally but the government did not allow us," Zia said, adding, "Today we planned to take out processions carrying black flags. But we have been barred."