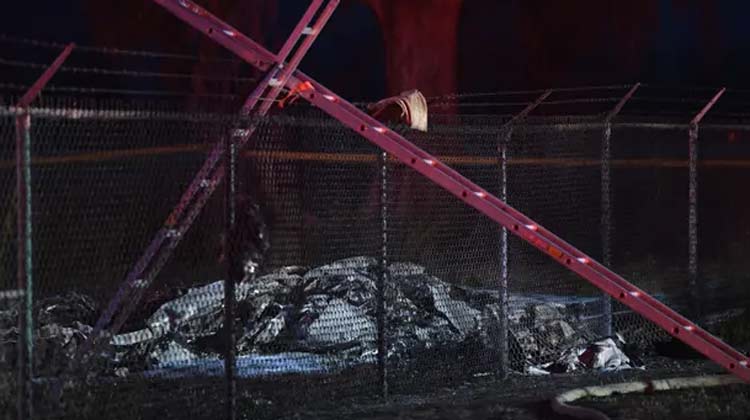 Islamabad: The pilot of the ill-fated Pakistan International Airlines plane that crashed into a mountain on Wednesday killing everyone on board reportedly lost control of one of the engines, the airline said.

Azam Sehgal, PIA's chairman, told reporters that the pilot for flight PK661 told the control tower at 4:09 p.m. local time that an engine had developed a technical fault and moments later made a "mayday call" shortly before the plane disappeared, Dawn reported.

"We were confident that the plane could land with one working engine," he said, adding: "I think that there was no technical error or human error... obviously there will be a proper investigation."

The small twin-propeller aircraft was enroute from Chitral to the capital when it crashed near the town of Havelian, about 45 miles northwest of Islamabad. The airline said there were 48 people aboard the plane - 42 passengers, five crew members and one ground engineer.

Emergency was declared at the airport soon after receiving the phone call.

The call about the plane crash was made by a resident of Batolni village who had witnessed the tragedy, the official said.

He called the Benazir Bhutto International Airport at around 4:35 p.m. and was asked to contact the airport manager as he was the relevant person, he said.

Aviation Division Secretary Irfan Elahi told Dawn that an investigation team, led by Air Commodore Munir Ahmed, has been formed to find out why the ATR-42 had crashed. "At the moment, there is no other reason for the plane crash other than the failure of the left engine," he said, adding that the investigators will also search for the plane's flight data recorders.