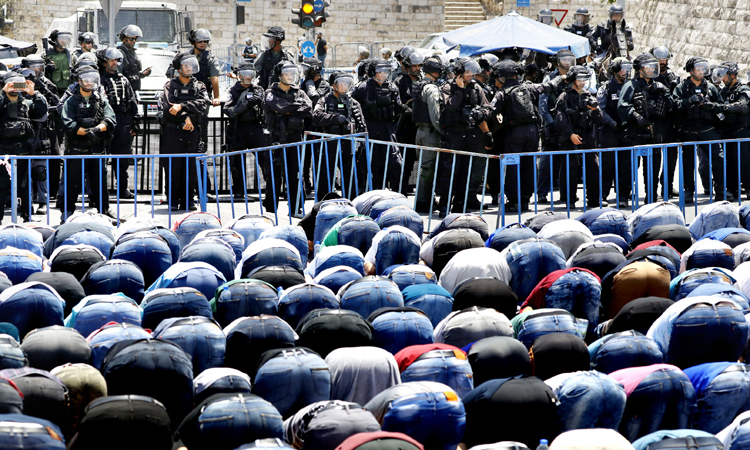 Jerusalem: The Israeli police on Monday banned the Palestinian manager of the flashpoint al-Aqsa mosque compound from entering the site, citing security concerns.

The Jerusalem Police issued a six-month restraining order to Najah Bacirat, forbidding him to "enter, stay, or be found" in the compound and its vicinity, Xinhua reported.

According to the order, signed by the Jerusalem district deputy commander Avshalom Peled, the move was "necessary to prevent serious harm to both people and property". Peled did not mention a specific reason for the decision.

The controversial order came as Jerusalem's leading Islamic cleric, the Grand Mufti Sheikh Muhammad Hussein, denounced Israel' s decision to build a new Jewish prayer space in the Western Wall. Hussein said the area is the "property of the Islamic waqf that was taken by the Israeli occupation in 1967," the Jerusalem Post reported on Monday.

The new prayer space will be constructed following a landmark decision by the Israeli government, to allow, for the first time, an egalitarian prayer space, where men and women can pray together.

The Western Wall resides just below the al-Aqsa compound, a site known to Muslims as Haram al-Sharif and to Jews as the Temple Mount. It is an extremely sensitive site, where clashes frequently erupt between Palestinian worshipers and Israeli police.

Fears that Israel intended to change the status quo fuelled a fourth-month-long wave of deadly violence, which quickly spread to the rest of the West Bank and Israel.

At least 160 Palestinians and 25 Israelis have been killed since the violence started in mid-September.