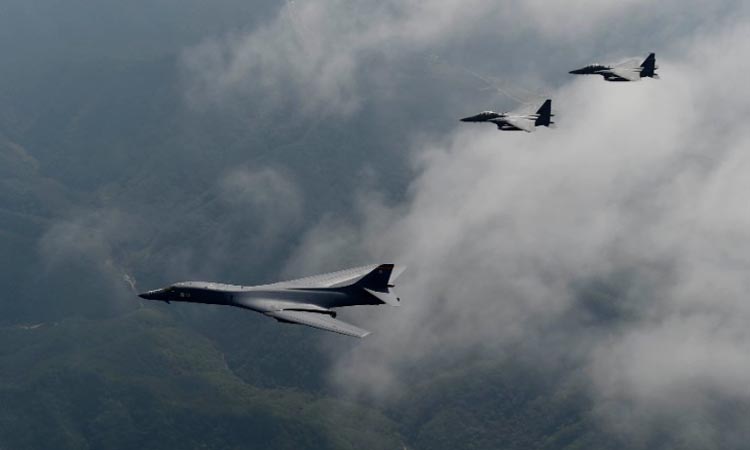 Seoul: South Korea and the US on Sunday deployed the B-52 Stratofortress, a long-range strategic bomber, over the Korean Peninsula, three days after North Korea said it has tested a hydrogen bomb.

Seoul and Washington said the B-52 bomber left the US Andersen Air Force Base in Guam on Sunday and arrived in the skies above Osan, Gyeonggi province, at noon, Xinhua reported.

The bomber flew past Osan surrounded by an entourage of two South Korean F-15Ks and two US F-16s, the two sides' militaries said.

The deployment is the second countermeasure employed by the South since North Korea announced its H-bomb test on Wednesday.

The first was loudspeaker broadcasts condemning the North, which were resumed along the inter-Korean border about four months after they had been stopped.