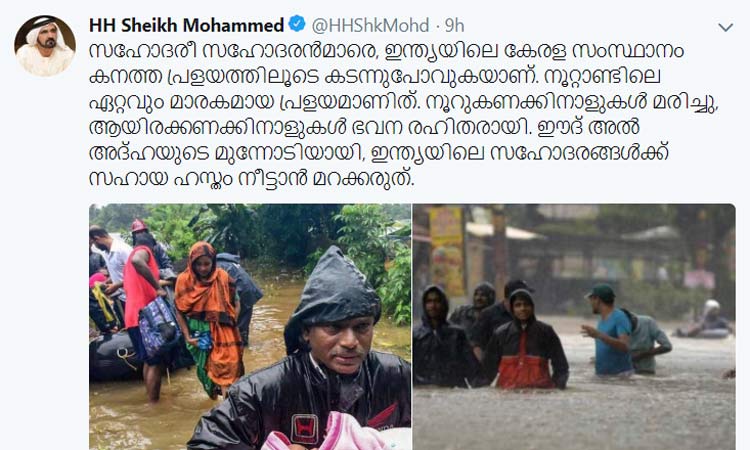 Dubai: Sheikh Mohammed bin Rashid Al Maktoum, ruler of Dubai, is the most popular leader of the Gulf Cooperation Council on Facebook -- with 3.1 million 'likes' on the social platform, said a new study.

Sheikh Mohammed, who joined the social networking site in 2009, also ranks third in the list of the most followed leaders on Facebook from the Middle East and North Africa (MENA), said the study by Burson-Marsteller, a public relations and communications firm.

Sheikh Mohammed, who has over 11.4 million followers across a number of social networks, including Twitter, Instagram, LinkedIn and Google+, is a pioneer in using social media platforms in the Arab world, the study said.

The study 'World Leaders on Facebook', is the latest research into how world leaders, governments and international organisations communicate via social media.

Over the past eight years, Facebook has emerged as the platform of choice for world leaders and governments to engage with their constituents. According to the study, 169 of the 193 UN member states maintain an official Facebook page.

"Home to a young, increasingly connected and mobile population, the MENA region is progressing into a dynamic and vibrant area. The UAE, in particular, is known for its open business environment, cosmopolitan nature and impressive adoption of smart devices, making it a model country of what is best about the region," said Sunil John, Founder and CEO Burson-Marsteller.

The study found that 87 head of states, 82 head of governments and 51 foreign ministers maintain personal pages on the platform.

Additionally, as of January 4 last, the combined accumulated total of 'likes' from world leaders reached 230,489,257 with a published total of 302,456 posts.