India, UAE to set up parl panel to enhance ties 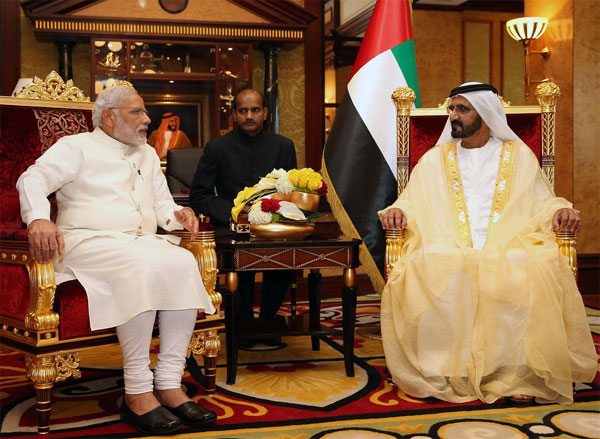 Dubai: India and the UAE will set up an Emirati-Indian parliamentary committee and exchange visits of lawmakers to boost parliamentary ties as part of their growing strategic partnership and unify their visions on various issues, including security and challenges facing the region.

A decision was taken in this regard during a meeting between first woman speaker of UAE's Federal National Council (FNC) Amal Abdullah Al-Qubaisi and the Indian ambassador here T P Seetharam yesterday.

Al Qubaisi said it was important that the two countries strengthen relations in all fields and achieve the required communication for parliamentary diplomacy, as well as to unify their visions and positions on various issues as part of their important roles in addressing issues of security and stability and the challenges facing the region.

The two sides stressed the importance of consultation and coordination between FNC and Indian parliament delegations during their participation in the Inter-Parliamentary Union in order to unify positions and views on various issues of interest to both countries and peoples.

They also agreed to prepare a draft Memorandum of Understanding (MoU) for the establishment of the parliamentary committee, and highlighted existing areas of cooperation in various political, economic, cultural and investment sectors.

She said India has a deep-rooted democracy in the world and serves as a model for a constitution based on democracy, pluralism, and women's political participation.

Al Qubaisi also paid tribute to the important role played by the Indian parliament locally and internationally in serving the people of India.