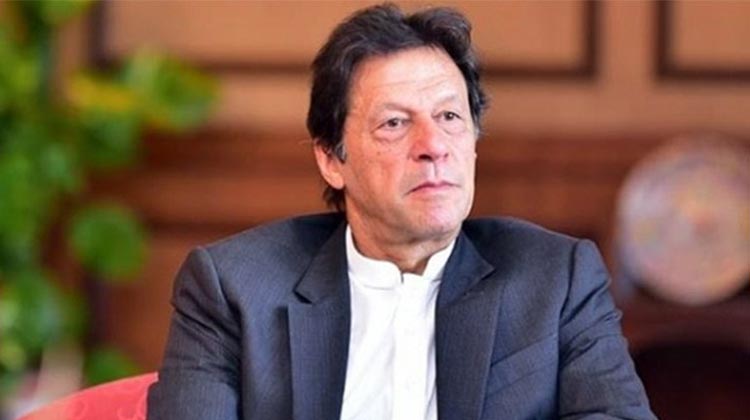 He said PTI had already announced that the government would have to bear the consequences if it initiates violence.

"We told the government that we would remain peaceful if they had remained peaceful. Now the movement will take a different direction," Dawn online quoted the PTI chairman as saying.

He reiterated the call for countrywide protests on Friday and said the police can arrest him if they want "under Section 144".

PTI Vice Chairman Shah Mehmood Qureshi condemned the incident and stated that the police have tortured peaceful members, including women, of the party.

He said he and PTI leader Asad Umar had organised the function to mobilise youth.

He said a clear divide was visible between autocratic and democratic thought in the country.

He demanded that the police should release the arrested PTI workers immediately otherwise they would be responsible for the consequences.

Earlier in the day, Imran Khan vowed to go ahead with scheduled "lockdown" of Islamabad on November 2 at any cost.

Talking to reporters in Islamabad, he said protest is their "legal and constitutional" right.

"No power or deception can stop us from holding a sit-in in Islamabad," Dawn online quoted him as saying.

His remarks came after the Pakistan government banned political rallies in the capital for two months.

The administration in the capital imposed section 144, which prohibits gathering of five or more people at a location, Radio Pakistan reported.

Meanwhile, the Islamabad High Court (IHC) also ordered the capital administration not to place any containers or block roads during the PTI's November 2 protests.

Justice Shaukat Aziz Siddiqui, while hearing the case, directed the capital city administration to ensure smooth running of daily business in Islamabad on the day.

The administration should ensure that hospital, schools and markets remain open on the day and no containers are placed to block roads, the court said.

"We will not let rights of citizens be violated," Dawn online quoted Justice Siddiqui as saying.

The PTI is protesting alleged money laundering by Prime Minister Nawaz Sharif and his family in the wake of the Panama Papers leak and is demanding his resignation.