US working on "range of options" against N Korea: McMaster 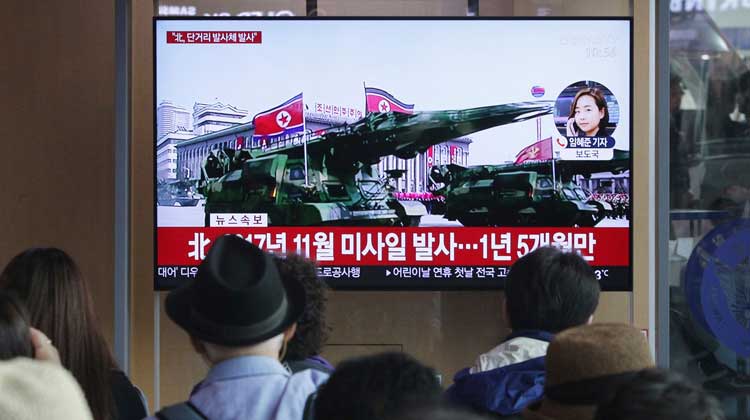 Washington: The US Sunday said it is working with China and other allies to develop a "range of options" against North Korea's "provocative and destabilising" behaviour, asserting that President Donald Trump will not allow Kim Jong-Un s regime to have the capacity to threaten America.

"The President has made clear that he will not accept the US and its allies and partners in the region being under threat from this hostile regime with nuclear weapons. And so we're working together with our allies and partners, and with the Chinese leadership, to develop a range of options," national security adviser H R McMaster said.

McMaster said the latest missile test, which failed, just fits into a pattern of "provocative and destabilising and threatening" behaviour on the part of the North Korean regime.

"I think there's an international consensus now, including the Chinese leadership that this is a situation that just can't continue. The US President has made clear that he will not accept the US and its allies and partners in the region being under threat from this hostile regime with nuclear weapons, he told ABC News.

McMaster said President Donald Trump has asked the National Security Council to integrate the efforts of the Department of Defence, State, and intelligence agencies, so that they can provide options and have them ready for him if this pattern of "destabilising" behaviour continues.

"These options would be used if North Korea regime refuses to denuclearise, which is the accepted objective of both the United States and Chinese leadership, as well American allies in the region," he said.

North Korea launched a missile today but it blew up almost immediately after its launch.

The attempted launch occurred a day after the regime of Kim Jong Un showed off a bevy of new missiles and launchers at a large-scale military parade.

Referring to the display of intercontinental ballistic missile by North Korea during a recent parade, the US National Security Advisor said the purpose of that parade is to demonstrate military prowess in a threatening way.

So whether those weapons are real or fake is unclear, he said.

Asked about the "options" against North Korea, he said Trump has made very clear that he is not in the business of announcing in advance exactly what he's going to do in any particular situation.

"I think what you saw last week with the President's decisive response to the Assad regime, to mass murder of innocent people, including children, with chemical weapons, that this national security team is capable of rapidly responding to those sorts of crises or incidents and events and providing the President with options. And our President is clearly comfortable making tough decisions and respond, he said.

All our options on the table undergoing refinement and further development, the top American national security advisor said in response to a question.

"While we do not want to telegraph in any way how we'll respond to certain incidents, it's clear that the President is determined not to allow this kind of capability to threaten the United States. And our President will take action that is in the best interest of the American people," he said.

McMaster said what Kim Jong-un is doing is a threat to all people in the region and globally as well.

"This is someone who has said not only does he want to develop a nuclear weapon, but he wants to use it to coerce others. He's said that he was willing to proliferate nuclear weapons once he develops them. And so this a grave threat to all people, he asserted.