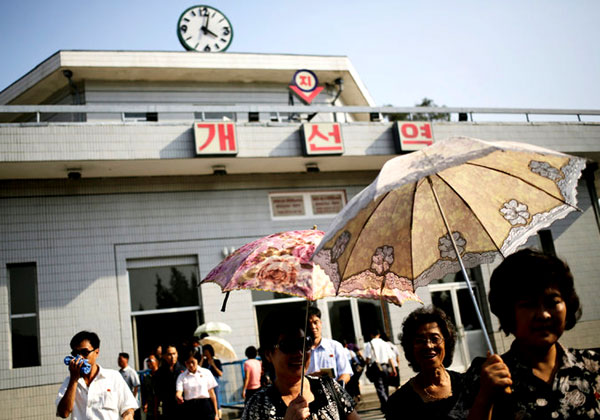 The state media called Pukguksong-2 a "Korean style new type strategic weapon", which was developed on the instructions of top leader Kim Jong Un on the basis of the success made in the test-firing of the submarine-launched ballistic missile last August, Xinhua news agency reported.

Kim received the report on the development of this surface-to-surface ballistic missile, set the date for the test launch and personally guided the preparations on the spot, it said.

The state-run media noted that the test firing was conducted at a high angle considering security of the neighbouring countries.

Kim was satisfied with the test launch, saying that the new type ballistic missile system "provides convenience in operation and ensuring speed in striking".

South Korea's Joint Chief of Staff said that North Korea fired a ballistic missile which flew about 500 km into its eastern waters early on Sunday.

Pyongyang test-fired Musudan missiles near the same place, where an airfield is located, in October last year.

It was North Korea's first test-launch of a ballistic missile in 2017 and also the first since US President Donald Trump took office on January 20.

The launch, the South Korean military believed, was aimed at drawing attention by showing off its nuclear and missile capability and was also part of armed protest against the Trump administration's hard-line stance toward North Korea.