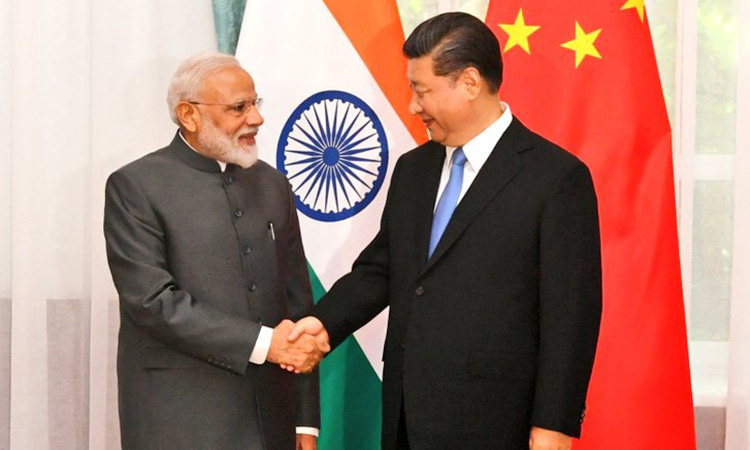 Astana: Prime Minister Narendra Modi Friday met Chinese President Xi Jinping on the sidelines of SCO summit in Astana amid growing differences between the two countries over a host of issues, including the China-Pakistan Economic Corridor and India's NSG membership bid.

Modi arrived in the Kazakh capital yesterday on a two-day visit to attend the Shanghai Cooperation Organisation (SCO) Summit where India and Pakistan will be inducted as full members of the bloc.

The meeting between the two leaders assumes significance as this would be the first this year and taking place after India boycotted the high-profile Belt and Road Forum held in Beiing last month in which 29 world leaders took part.

India abstained from the summit to highlight its concerns over the USD 50 billion CPEC which is part of the Belt and Road Initiative (BRI) and passes through Gilgit and Baltistan in Pakistan-occupied Kashmir (PoK).

China is vocal about its stand to block India's admission into the 48-member Nuclear Suppliers Group (NSG) besides moves to list JeM leader Masood Azhar as terrorist by the UN.