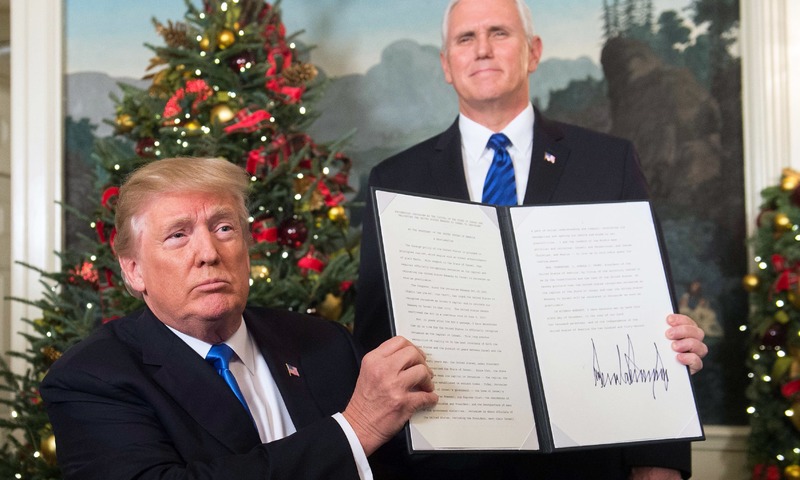 Madison (US): A federal judge has blocked President Donald Trump's administration from enforcing his new travel ban against a Syrian family looking to escape fighting in their native land by fleeing to Wisconsin.

A Syrian Muslim who fled to Wisconsin has been working since last year to win asylum for his wife and 3-year-old daughter so they can leave Aleppo and join him here.

He filed a federal lawsuit in Madison in February alleging Trump's first travel ban had stopped the visa process for them.

The process restarted for the family and they're now preparing to travel to Jordan for visa interviews at the US embassy, the last step before US customs officials decide whether to issue them visas. But the family doesn't have dates for the interviews yet and Trump's new travel ban goes into effect March 16, stirring fears that the process could halt again before visas are issued, according to the Syrian man's attorneys.

The man filed a new complaint on yesterday afternoon alleging the new ban is just as problematic as the first, calling it anti-Muslim and alleging it violates his right to due process, equal protection and freedom of religion. He asked Conley to declare the ban unconstitutional on its face and block enforcement against his family.

It's unclear whether the new ban applies to asylum seekers like the Syrian family. Government attorneys argued during a teleconference with Conley yesterday that it doesn't; the man's attorneys maintain it does.

Conley acknowledged it's murky but still issued a temporary restraining order barring enforcement against the family, saying the man seems to have a good chance of winning the case. The judge set a hearing for March 21.

The restraining order doesn't block the entire travel ban; it simply prevents Trump's administration from enforcing it against this specific family.

The US Justice Department is defending the ban.

US District Judge James Robart in Washington state blocked the ban on February 3.

Trump issued a new order Monday that removed Iraq from the list of countries and temporarily shuts down the refugee program.