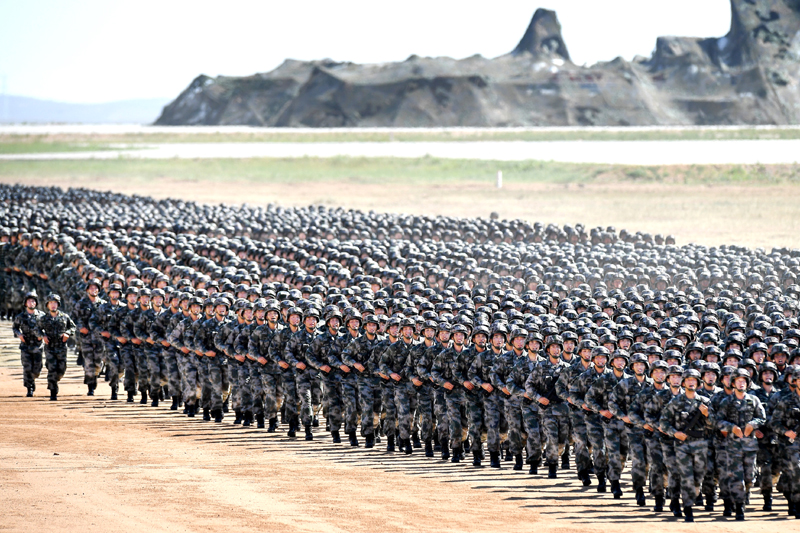 Russian Foreign Minister Sergei Lavrov (R) shakes hands with his Chinese counterpart Wang Yi as they pose for pictures prior to a meeting in Sochi on May 13, 2019

Beijing: China has warned of a trade war with the US if the Trump administration decides to ignore WTO rulings and unilaterally imposes tariffs on its goods.

"If any member ignores WTO rules for its own interests and rejects WTO rulings on trade disputes, multilateral trade mechanisms would become meaningless and the trade wars of the 1930s could even be repeated," Sun Jiwei, a spokesperson for the Ministry of Commerce (MOFCOM) said, reacting to moves by Washington to ignore the world trade body.

Sun was reacting to annual trade policy agenda sent to Congress by the new US government implying that America is not bound by World Trade Organisation (WTO) decisions.

The new US policy will also strictly enforce its trade laws, which include a "safeguard" provision that allows the Washington to unilaterally impose relief "if increasing imports are substantial cause of serious injury to a domestic industry," state-run Global Times reported.

US President Donald Trump, who made some tough statements against China before and after his election, branded Beijing as a currency manipulator to gain unfair advantage from exports and even threatened to impose 45 per cent tariffs on Chinese goods.

China's Commerce Minister Zhong Shan, told media last week that China and the US are interdependent, and bilateral trade relations affect not just the two countries but the world.

"Many Americans and their Western friends think that China has to rely on the US. I think they are partially right. But the US has to rely on China as well," Zhong said.

The report said the new US document asserts that "Americans are not directly subject to WTO decisions," and that the US will defend its national sovereignty over trade policy and use all possible sources of leverage to encourage other countries to open their markets to US exports of goods and services.

China-US trade reached USD 519.6 billion in 2016, representing 207 times that of the 1979 amount, when diplomatic relations started, he said.

However, the balance of trade is heavily tilted in favour of China as US

exports amount to about USD 100 billion.

"A trade war is not in the best interests of the two countries and peoples because a trade war only does much more harm than good," Zhong had said.