Emirates offers laptop 'handlers' to cope with US ban 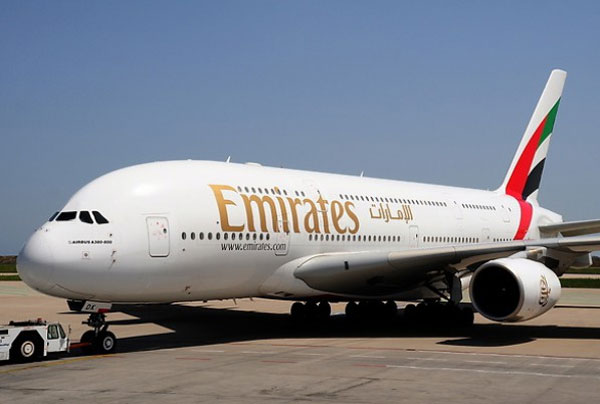 Dubai: Dubai's Emirates airline Thursday announced it will provide a free packing-and-handling service for passengers on flights hit by a US ban on electronic devices larger than a standard smartphone.

Emirates will allow passengers to hold on to their laptops and tablets after checking in until boarding time, when security staff at the gates will themselves pack the devices into boxes and load them onto the flight.

"Our new complimentary service enables passengers, particularly those flying for business, to have the flexibility to use their devices until the last possible moment," said Tim Clark, president of Emirates.

The devices will be returned to their owners upon arrival in the United States free of charge.

The service from Emirates, which prides itself as an airline of choice for business travellers, is also available for passengers transiting through Dubai International Airport.

The US ban on laptops and tablets applies to flights from 10 airports in the region, including direct flights to the United States from Dubai International Airport and Ataturk Airport in Istanbul.

US airlines do not operate direct flights out of the airports included in the ban.

A similar British ban covers all airports in Turkey, Jordan and four other countries, but not the United Arab Emirates.

Both countries have cited credible threats to civil aviation from Al-Qaeda and the Islamic State group as the reason for the ban, which has come under criticism for targeting majority-Muslim countries.

The bans officially go into effect this Saturday.