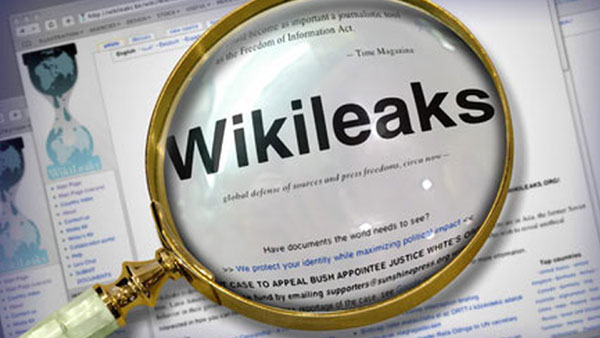 Washington: WikiLeaks Wednesday released what it termed as the biggest-ever leak of confidential documents from the CIA, claiming the America’s premier spy agency partnered with foreign intelligence agencies to turn TVs and smartphones into weapons for surveillance.

It alleges that CIA infested and collected intelligence through smart TVs, and phone.

Code-named “Vault 7” by WikiLeaks, it is the largest-ever publication of confidential documents on the agency.

It is a substantial collection of material about CIA activities obtained by WikiLeaks.

Part one was obtained recently and covers through 2016.

Details on the other parts will be available at the time of publication, it said.

In a statement, WikiLeaks said the first full part of the series, Year Zero, comprises 8,761 documents and files from an isolated, high-security network situated inside the CIA’s Center for Cyber Intelligence in Langley, Virginia.

It follows an introductory disclosure last month of CIA targeting French political parties and candidates in the lead up to the 2012 presidential elections.

“This extraordinary collection, which amounts to more than several hundred million lines of code, gives its possessor the entire hacking capacity of the CIA.

“The archive appears to have been circulated among former US government hackers and contractors in an unauthorised manner, one of whom has provided WikiLeaks with portions of the archive,” it said in a statement.

“There is an extreme proliferation risk in the development of cyber ‘weapons’ Comparisons can be drawn between the uncontrolled proliferation of such ‘weapons’, which results from the inability to contain them combined with their high market value, and the global arms trade.

“But the significance of ‘Year Zero’ goes well beyond the choice between cyberwar and cyberpeace. The disclosure is also exceptional from a political, legal and forensic perspective,” said Julian Assange, editor of WikiLeaks.

In its analysis of the document, WikiLeaks said CIA malware and hacking tools are built by Engineering Development Group, a software development group within the Center for Cyber Intelligence, a department belonging to the CIA’s Directorate for Digital Innovation — one of the five major directorates of the CIA.