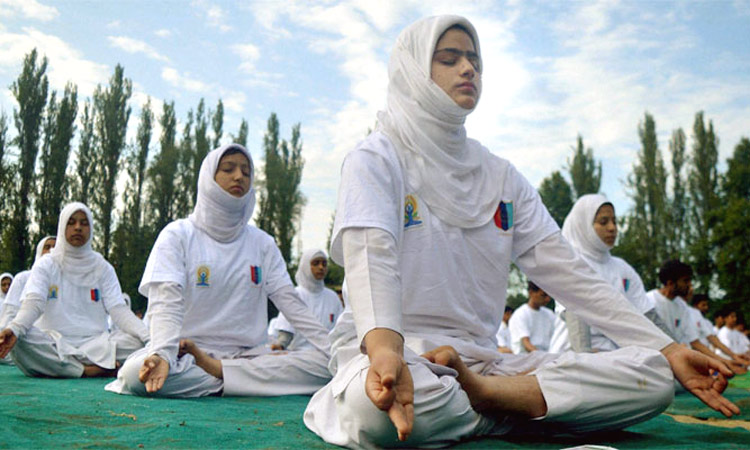 New Delhi: The Saudi Arabian government has approved the practice of yoga as a sports activity, claimed a social media post of Nouf Marwaai, founder of the Arab Yoga Foundation in the Saudi kingdom.

"Yoga, which literally means 'union'. A union of individual with ones wellbeing, a body to mind, emotions & soul, nation to globe has officially arrived at the sea shore of Saudi Arabia. It has crossed the boundaries of fundamentalism...ideological extremism," she said in a Facebook post dated November 12.

However, the account is not verified by the social media site.

She also wrote that since, its inception in Saudi, "Yoga has observed a topsy-turvy path, with me as a medium. God gave me strength to fight all difficulties, real difficulties. God was with me as an observer and infused courage in me whenever required. Here is a day, that finally practicing yoga is no more a deviant behaviour in Saudi."

She also thanked the Indian Government and the Consulate General for "unlimited" support.

This development comes at a time when many Muslims in India and elsewhere are under pressure from their religious leaders not to practice yoga which they claim is "un-Islamic".

Last week, Rafia Naaz, a woman yoga teacher in Ranchi, was allegedly threatened by members of her community after she performed yoga.

Yoga has been promoted in a big way by Prime Minister Narendra Modi and with concerted efforts by the government, the United Nations has also declared June 21 as 'International Yoga Day'.