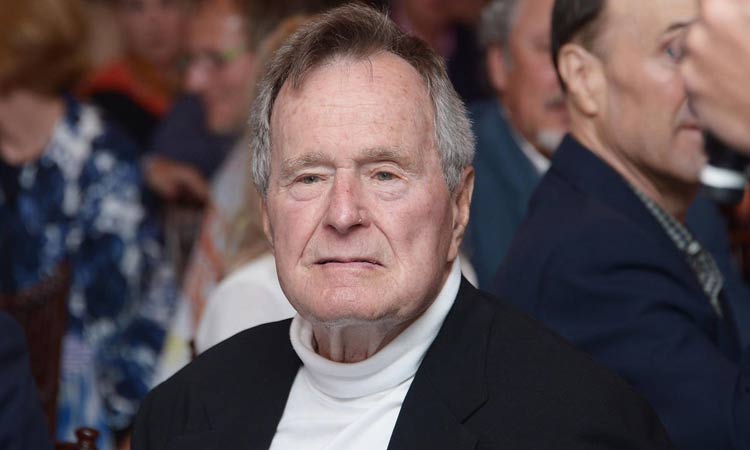 Washington: A fourth woman has come forward alleging that George H.W. Bush had touched her inappropriately, after three women revealed similar incidents of sexual misconduct involving the former US President, the media reported.

On Friday, Amanda Staples posted a photo on Instagram of her with the the 93-year-old former leader taken in 2006 when she was running as a Republican for a seat in the Maine State Senate, reports The New York Times.

Asked on Friday to respond to Staples's allegation, which predates Bush's use of a wheelchair, spokesman for the former President Jim McGrath, reiterated a statement from Wednesday night: "To anyone he has offended, President Bush most sincerely apologizes."

After the second allegation on Wednesday, Bush's office released the statement offering an apology.

"At age 93, President Bush has been confined to a wheelchair for roughly five years, so his arm falls on the lower waist of people with whom he takes pictures.

"To try to put people at ease, the president routinely tells the same joke - and on occasion, he has patted women's rears in what he intended to be a good-natured manner. Some have seen it as innocent; others clearly view it as inappropriate. To anyone he has offended, President Bush apologises most sincerely," it added.

The accusations came to light on Tuesday when actress Heather Lind accused Bush of touching her inappropriately in 2014.

On Wednesday, another actress Jordana Grolnick said that in August 2016, the former president had attended a performance of a play she had been a part of and when the cast gathered around him to take a picture, Bush touched Grolnick inappropriately, The New York Times reported.

On Thursday, novelist Christina Baker Kline shared a similar story where Bush groped her during a photo op at an event in April 2016.

Bush is the oldest living president and has a relatively rare form of Parkinson's disease called vascular Parkinsonism, a disease in which a stroke or series of strokes damage nerve cells in the brain.