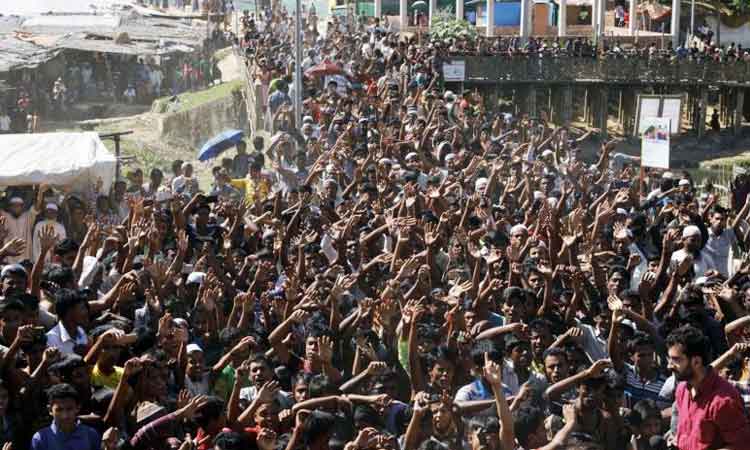 Cox's Bazar (Bangladesh): Bangladeshi authorities are trying to restrict the movement of Muslim Rohingya refugees fleeing violence in Myanmar into crowded border camps and have started immunising tens of thousands of children against diseases.

Bangladesh has been overwhelmed with more than 400,000 Rohingya who fled their homes in the last three weeks amid a crisis the UN describes as ethnic cleansing.

Abdus Salam, a doctor in a state-run hospital in Cox's Bazar district, says that some 150,000 children will be immunized over seven days for measles, rubella and polio.

Police meanwhile are checking that the refugees don't spread out to nearby towns.