Merkel bids for fourth term as Germans head to the polls 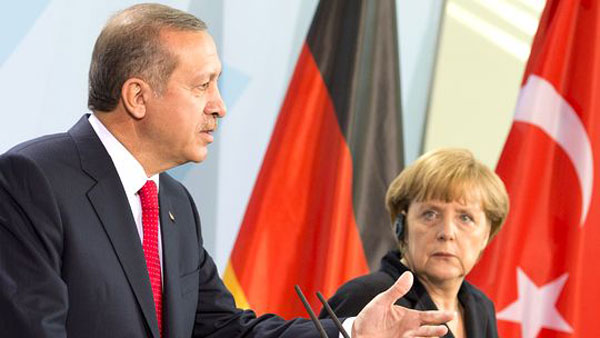 Berlin: Chancellor Angela Merkel was widely expected to win a fourth term in office as Germans went to the polls Sunday in an election that is also likely to see the farthest right-wing party in 60 years, the anti-migrant Alternative for Germany, win seats in parliament.

That's helped keep her conservative bloc well atop the polls ahead of today's election over the center-left Social Democrats of challenger Martin Schulz.

Schulz voted together with his wife Inge in the city hall of his hometown of Wuerselen in western Germany.

"I hope that as many people as possible will cast their vote today and strengthen the democratic future of Germany," Schulz told reporters.

Merkel's conservative Christian Democratic Party and its sister party, the Bavaria-only Christian Social Union, have governed the country for the last four years with the Social Democrats in a so-called "grand coalition." Most forecasts suggest that coalition will win another majority in today's election outcome, but several different coalition government combinations could be possible.

Pollsters said earlier in the week that many of the 61.5 million who were eligible to vote had remained undecided until the very last moment. That included Bernhard Sommerfeld, a 62 -year-old book seller, who cast his vote today morning in Berlin after the opening of the polling stations at 8 am (local time).

"I was really undecided," Sommerfeld said. "I didn't know which party I should cast my vote for -- it was very difficult."

Only a few people came to the polling stations on a cold and drizzly morning in the German capital, which also hosted its annual marathon today. Many streets in the city were blocked as runners zigzagged their way through Berlin in an often festive mood with local bands playing on street corners and bystanders cheering and applauding.

Jens Schubert, an orchestra manager, also said this election was a difficult one for him.

"I usually vote for the same party from the left spectrum the Green Party but this time I voted for a different party," the 54-year-old said as he came out of a polling station in Berlin's Mitte neighbourhood where Merkel was also expected to cast her vote later in the day.

The latest polls had Merkel's conservative bloc at 34 to 37 percent support, the center-left Social Democrats with 21 to 22 per cent and the anti-migrant Alternative for Germany, or AfD, with 10 to 13 per cent support.

Germany's president, Frank-Walter Steinmeier, appealed to his fellow citizens to go out and cast their vote, because "these elections are also about the future of democracy and the future of Europe."

Countries across Europe have seen a rise of anti-migrant and populist parties in recent elections and several German pollsters have forecast that the anti-migrant, anti-Europe AfD, which appears assured of gaining seats in the national parliament for the first time, may come in as third-strongest party.

The AfD has led an aggressive campaign that was dominated by hostile slogans against the more than 1 million, mostly Muslim migrants who arrived in Germany in the last two years.

They're aiming to grab votes from conservatives who in the past have voted for Merkel's party, but are unhappy with her welcoming stance toward refugees.

In addition to the AfD, the Greens, the Free Democratic Party and the Left Party were all poised to enter parliament with poll numbers between 8 and 11 per cent.