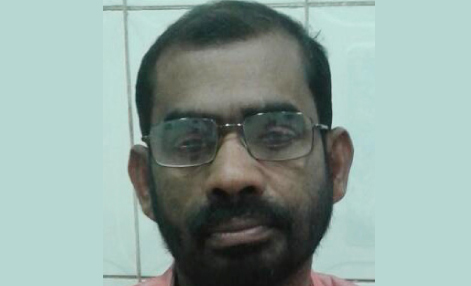 Former Canadian diplomat Michael Kovrig has been arrested and detained in China without explanation, the Canadian government confirmed Tuesday.

"Obviously we are aware of the situation of a Canadian detained in China," said Prime Minister Justin Trudeau on his way into question period Tuesday.

"We have been in direct contact with the Chinese diplomats and representatives. We are engaged on the file, which we take very seriously, and we are providing consular assistance to the family."

A written statement from Global Affairs Canada said that because of Canada's Privacy Act, no further information would be disclosed about the case of Kovrig, who until recently served as a Canadian diplomat in China.

Chinese officials have not given an official explanation for Kovrig's arrest.

Public Safety Minister Ralph Goodale said Canadian officials were "sparing no effort" to make sure Kovrig is safe and appropriately treated, but offered few details on the emerging situation.

"Canadian diplomatic officials have been in touch with their Chinese counterparts to explain how seriously Canadians view this," Goodale said.

"Clearly we are deeply concerned and [Foreign Affairs Minister Chrystia Freeland] and her officials will be taking all appropriate action."

Goodale would not confirm speculation that this arrest could be connected to the recent arrest of a Chinese executive at Vancouver's airport — something Chinese foreign ministry spokesperson Lu Kang warned again Monday could mean "severe consequences" for Canada.

Meng Wanzhou, the chief financial officer for the Chinese telecommunications giant Huawei, awaits possible extradition to the United States to face fraud charges. She is accused of misleading multinational banks about Huawei's control of a company operating in Iran, putting those banks at risk of violating U.S. sanctions.

Meng was granted bail, set at $10 million, early this evening.

The Chinese also called in the American ambassador last Sunday.

There's no indication to date that the American request for Meng's arrest and extradition has had any negative effects on efforts to negotiate an end to the escalating tariff war between the U.S. and China.