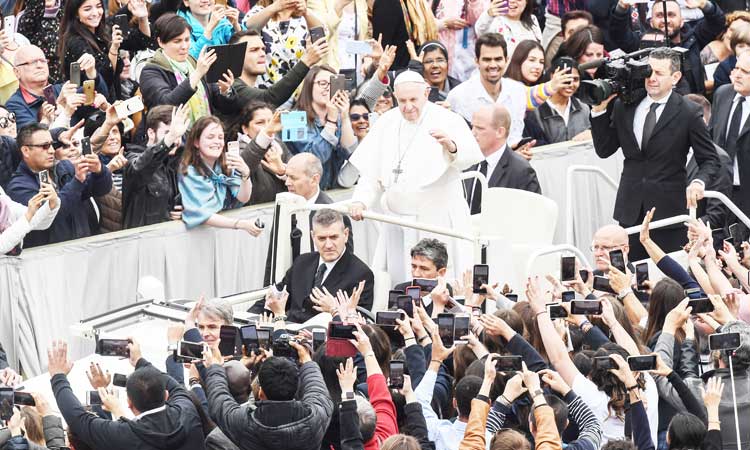 Vatican City: Pope emeritus Benedict XVI on Thursday blamed the Catholic clerical sex abuse scandals on the 1960s sexual revolution and a collapse in faith in the West.

The ex-pope, who retired in 2013, said responsibility for the crises rocking the Roman Catholic Church globally from Australia to Europe lay with the fight for an "all-out sexual freedom, one which no longer admitted any norms".

"Part of the physiognomy of the Revolution of '68 was that paedophilia was then also diagnosed as allowed and appropriate," he wrote in a 6,000-word essay for Klerusblatt, a German monthly magazine for clergy.

Benedict, who was the first pontiff to resign in almost 600 years, said the direct consequence was the "collapse of the next generation of priests in those years and the very high number of laicisations" or priests leaving the Church.

The 91 year old said paedophilia "reached such proportions" because of the "absence of God".

Some theologians were quick to criticise Benedict's analysis of the causes of clerical paedophilia.

"It does not address structural issues that abetted abuse cover-up, or Benedict's own contested 24-year role as head of the Vatican's powerful doctrinal office," Vatican expert Joshua McElwee wrote in the National Catholic Reporter.

The German ex-pope said the sexual revolution also led to the "establishment" in various seminaries of "homosexual cliques... which acted more or less openly and significantly changed the climate".

He recalled one bishop who "arranged for the seminarians to be shown pornographic films, allegedly with the intention of thus making them resistant to behaviour contrary to the faith".

The Church was first rocked by the child sex abuse crisis in the second half of the 1980s, particularly in the United States, and it has been repeatedly criticised for protecting paedophile priests and its reputation.