Goa to go ahead with Class X, XII exams: Official

People have to die when they get old, says Madhya Pradesh Minister 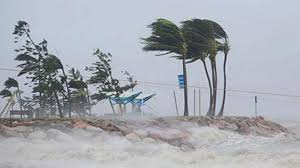 Melbourne: A man was killed by a deer on a rural property in southern Australia early on Wednesday, authorities said.

The animal attacked the man and a woman near Wangaratta, a town about 250km from here, according to police. The woman suffered life-threatening injuries and was flown to a hospital for treatment, the BBC reported.

Authorities said the police euthanised the deer at the scene. A probe will follow, they added.